Wildlife in the Mammoth Lakes Area

Wildlife in the Mammoth Lakes Area 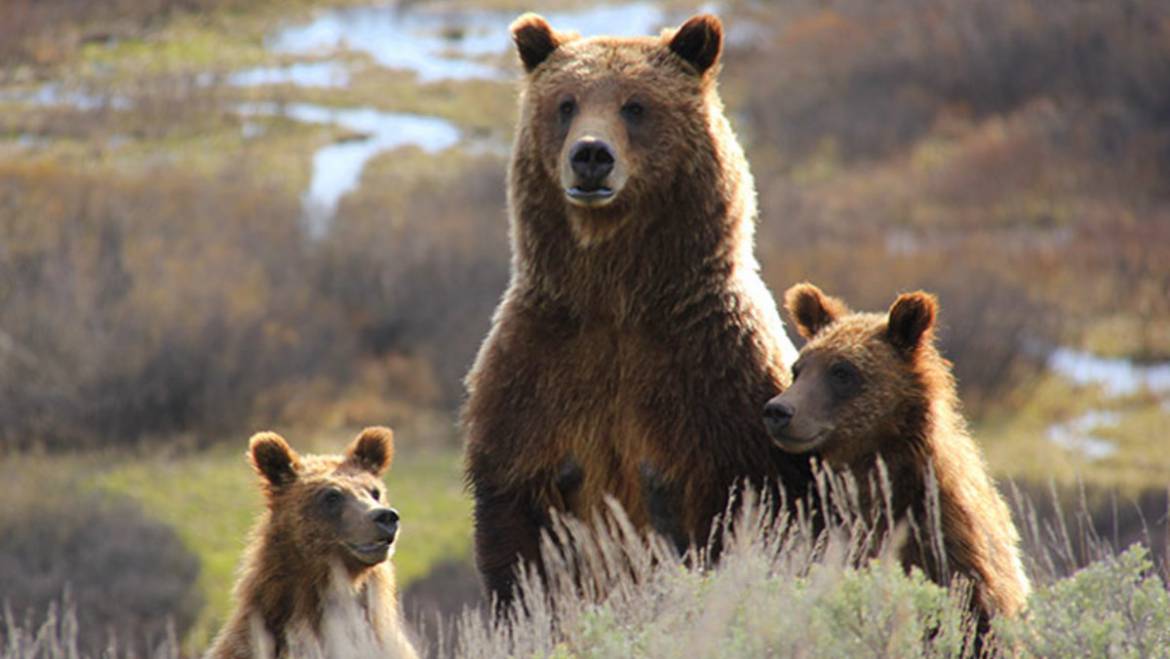 For many Mammoth Lakes visitors, the views of the incredible Eastern Sierra wilderness aren’t enough, and they feel the need to explore the streams, meadows, and mountains surrounding town.

Whether you do so on foot, bike, or via some other outdoor sport, there’s a good chance you’ll run into some of the wildlife that calls the Mammoth Lakes backcountry home. To help you prepare, the ASO Mammoth team has put together a short list of some of the wildlife in the area.

When you encounter wildlife, always remember to respect it and view it from a distance. Avoid encounters that are dangerous for people and wildlife alike by never feeding animals and leaving no trace from your visit.

Check out our list of the largest wildlife in the area below and don’t get caught off guard!

Black Bears are one of the most well-known wildlife species in the area because of their size and their strong noses that often draw them towards human food and waste. Although Black Bears do have black fur, they can also be brown and even blonde, so if you encounter a brown bear then rest assured that it’s not a Grizzly bear as Grizzlies no longer live in the area.

You can avoid surprise encounters with Black Bears by always sealing your food and food waste in bear proof canisters and by making noise as you hike so that you don’t surprise any nearby bears. If a bear hears you coming, then chances are they will avoid you, but if they don’t then it is important that you follow the steps listed here by the National Park Service.

Although Mountain Lions are dangerous, they often avoid people. However, if you’re hiking or biking in Mountain Lion territory or near their prey it’s important that you’re aware of how to behave. Chances are that you will not see one, but if you do this National Park Service page details the best behaviors for Mountain Lion sightings.

Big Horn Sheep are one of the rarest animals in the area due to predators like Mountain Lions as well as habitat loss from human activity. Although it’s estimated that there are fewer than 200 living in the Sierra Nevada’s, there is a chance you’ll see some while in Mammoth Lakes. If you do see a Big Horn Sheep, it will be a fortunate case of being in the right place at the right time since they live in the most rugged areas of the mountains and above 10,000 feet.

Although you may think of Coyotes belonging in the desert, they are also in the Sierra Nevada Mountains. Coyotes are about the size of a medium to large dog, you can identify them by their large, bushy tails and gray or brown fur. Although Coyotes may look like a domesticated dog, they are wild animals and should be treated as such. Do not approach or feed Coyotes even if they’re not aggressive.

Mule Deer are one of the most popular wildlife species in the area thanks to their serene habits and beautiful coats and antlers. However, like all the wildlife on this list Mule Deer are easily frightened and should not be approached. If you’re heading out into the wilderness during the summer, then you can expect to find Mule Deer at high elevations where they prefer to graze.

For this list we’ve only focused on the larger animals in the area, but the Mammoth Lakes environment is much richer than these animals alone! Before you visit Mammoth Lakes, research more  about the wildlife in the area both big and small so you can enjoy it safely!