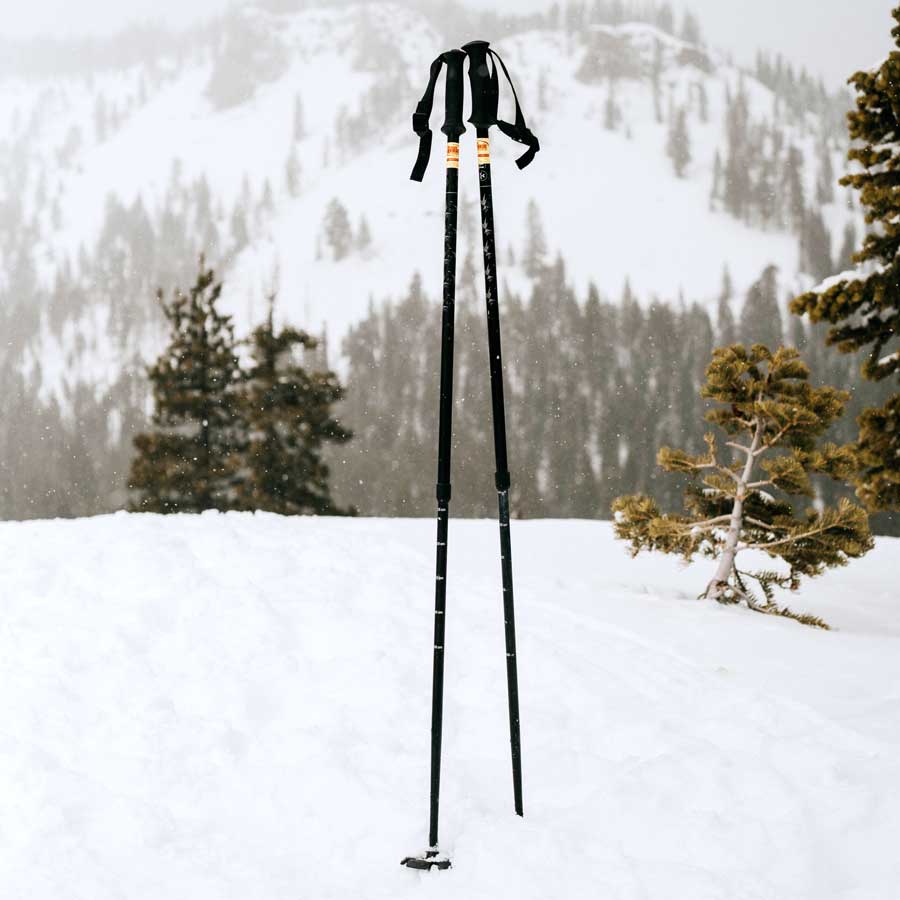 When learning how to ski, you’ll take any advantage you can get if it means staying upright and off the ground. For many green skiers, skiing without their poles seems like one of those advantages. If you’re wondering whether or not you need ski poles the simple answer is that, although there are some exceptions, you will want to have your ski poles ready and know how to use them for just about every type of terrain or skiing.

Still, as Mammoth Lakes’ top ski and snowboard rental shop we often see new skiers wonder when or if they will need their ski poles. To help clear up misconceptions on when or if you need to use ski poles, we’ve listed the most important things to know about using them below. Check them out before you hit the mountain!

What Ski Poles Do

Ski poles allow you to distribute your weight more evenly when making turns. For example, when you’re making a quick turn on a ski you need to shift your weight onto the edge as quickly as possible. When you plant a ski pole you have something to lean on as you shift your weight, allowing you to move much faster and easier. You may even see some skier’s lift their skis off the ground momentarily when they plant their pole and change direction.

However, it’s important that you don’t put too much weight on your poles because if you plant them too hard then they may get stuck in the snow. If you’re leaning against your pole in the middle of a turn at high speed and it gets stuck in the snow, or even just pushes back against you, you could be seriously injured, so make sure that you have your technique down before attempting to use poles at high speeds!

When You Don’t Need Ski Poles

As mentioned earlier, there are very few situations on the slopes where you don’t need to have your ski poles in your hand. However, some beginners may think this is more common due to the fact that some ski school instructors may have them do a few short runs without their poles. If your ski school instructor has you ski without your poles, know that it is so you can focus on the fundamentals of skiing. Once you are comfortable with plow turns and carving, those same fundamentals are meant to be built upon by using ski poles. For this reason, it is important that you don’t get used to skiing without your poles.

One other situation where you may not need ski poles is when skiing in the terrain park. Poles help make quick turns and carve on steep terrain, neither of which happens very often in the terrain park. Although most skiers still ride through the terrain park with their poles, some will leave them behind since they are not as necessary as when on other parts of the mountain.

Beyond the technique of using ski poles for their intended purpose, they’re also good tools to have on the mountain. For example, if you lose your speed on the flat part of a trail you can use your poles to push yourself forward while snowboarders have to step out of their back binding and push themselves or even walk to where the trail slopes down. Poles are also good for helping people up who have fallen, marking the site of an accident, or getting someone’s attention by either waving or pointing them.

For these reasons and, more importantly, how important poles are to great technique, we always recommend skiing with poles!