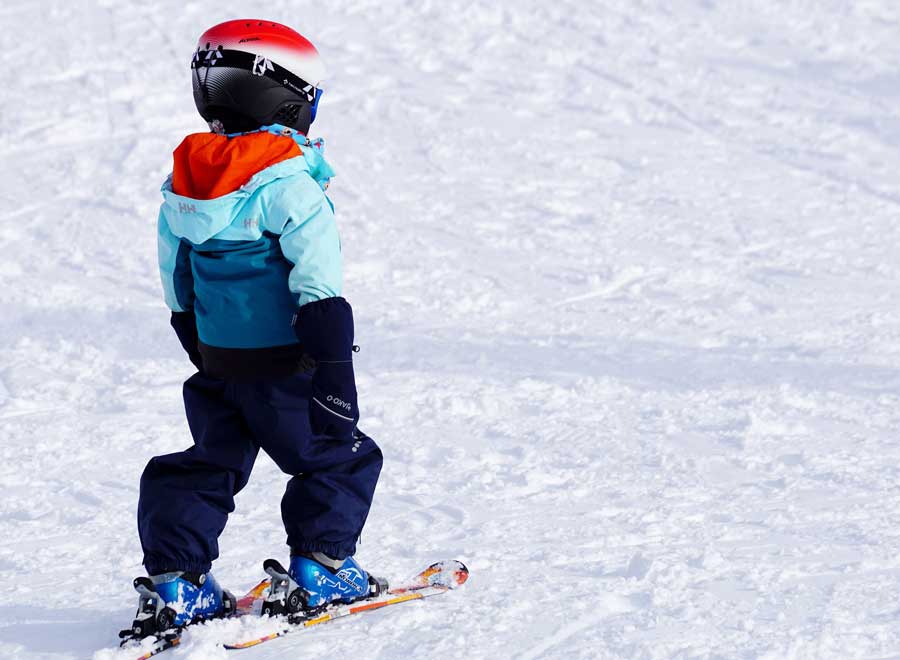 If you’ve tried to learn how to ski or snowboard as an adult, you know how fortunate children who learn to ski and snowboard are. Whether it’s because they bounce back from a fall easier than an adult or are less afraid of falling, kids often pick up skiing and snowboarding quickly, and once they do it’s a skill they have for the rest of their lives.

That’s why here at ASO Mammoth we applaud any adult who is taking their kids or any group of kids skiing or snowboarding for the first time. To show our appreciation, we’ve put together a list of tips on what to expect when your kids hit the snow for the first time. Check it out below and have a great trip!

Have Fun on the Snow First

When it comes to skiing and snowboarding, one thing most kids are already better at than most adults is having fun. Try not to change that. Whether it’s because they’re not afraid of falling in front of people or are just excited to be on the snow, most kids are focused on having fun while learning instead of the other way around. If you make their first day about something other than having fun, then your kids may not have as much fun as they should.

Two practical ways to make sure the day stays fun is by introducing your kids to the snow before riding and taking plenty of breaks. For example, you can visit a sledding hill before your day on the mountain to introduce your kids to snow in a fun way so that they associate it with a good time and not a structure ski or snowboard lesson.

Also, remember to take plenty of breaks during their first day on the mountain so that your kids don’t ever get too tired or uncomfortable on the snow. Even though some kids seem to have boundless energy, skiing and snowboarding will drain them. Add in cold weather and wet snow and you can see why it’s important to take plenty of breaks during your kid’s first trip to the mountain!

No one knows your kids better than you, but ski instructors do know how to teach kids skiing and snowboarding better than you. Although you may want to be a part of your kid learning to ski or snowboard, it’s best to sign them up for lessons so they can learn from professionals and be able to ride with you sooner and safer than they would with a homemade lesson. Plus, a kid learning how to ski or snowboard may react differently to their parent teaching them then an instructor, so we recommend signing them up for a lesson where they will be in a structure class with a teacher.

Practice with Their Boots

Remember that part about skiing and snowboarding being exhausting? Imagine having to unlace and unstrap ski or snowboard boots from an exhausted kid at the end of the day. Even just getting ski and snowboard boots on, properly strapped, and tied can be a challenge when your kid is tired, so we recommend practicing putting their boots on beforehand to make it even easier at the beginning and end of your day.

Walking in ski and snowboard boots can also be uncomfortable, so the best way to get your kid’s boots to and from the slope is by carrying them and putting them on just before they step onto the snow and taking them off with a pair of their regular shoes ready to put on.