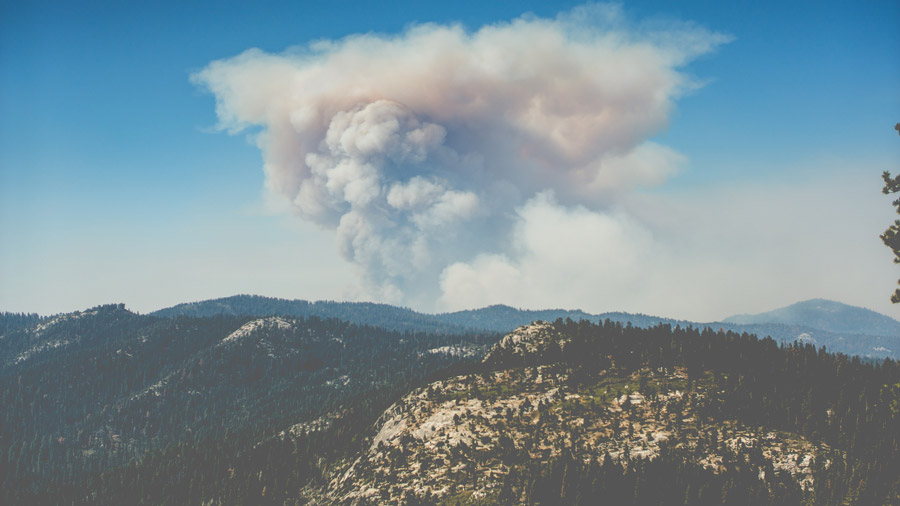 As much as everyone here on the ASO Mammoth team would like to leave the 2020 wildfires in the rearview as soon as possible, there’s a reason they call it a fire season.

Despite the hard work and sacrifice of all the men and women currently fighting the fires near Mammoth Lakes, there is still significant fire danger in the area. The good news is that the most dangerous fire is 16% further contained than it was this time last week, so progress is being made!

We’ve listed the rest of what you need to know about how California’s 2020 wildfires are affecting Mammoth Lakes below. Check out our summary and use the resources we list here to stay up to date on the latest fire news!

The Creek Fire is Still the Fire Closest to Mammoth Lakes

The Creek Fire continues to present the most danger to Mammoth Lakes as the closest fire to town. So far, the closest the fire has come to Mammoth Lakes is about 14 miles to the west of town, but thanks to the hard work of the area’s firefighters the fire’s containment is growing. In fact, just this week several evacuation orders and warnings put in place because of the Creek Fire were lifted. To see which orders and warnings were lifted recently, check out the U.S. Forest Service’s Sierra National Forest’s post here.

If you’re returning to or passing through an area that was recently under an evacuation order or warning, then please drive slowly. Fire and utility crews will still be working alongside the roads in the area, plus trees and electric poles that were damaged by fire could still be dangerous.

The forest service has extended its closure orders for all national forests in the Pacific Southwest Region. That means the Inyo National Forest and Sierra National forest are closed due to extreme fire conditions and the lack of necessary resources to protect public safety in the forests. Fortunately, the Forest Service is evaluating its decision daily as conditions change, so the forests surrounding Mammoth Lakes will be opened as soon as it is safe.

Other National Forests that are closed include:

Should Not Visit Mammoth Lakes Until Further Notice

As much as it hurts us to have to say this for a second week in a row, it is unsafe for visitors to travel to Mammoth Lakes currently. Fortunately, there is no evacuation order or warning in place for Mammoth Lakes and there is no expectation for an order either. However, with fire danger as high as it is, the forests being closed, and the firefighter crews working in the area, the danger of visiting Mammoth Lakes outweighs the benefits.

Please use the resources provided here to keep an eye out for when it is safe to visit Mammoth Lakes. Despite how much has been burned, there is still plenty of land (and local businesses) that will welcome you back with open arms when the time is right.

If you’re already in the area, then please do everything possible to prevent the start and spread of fire!

Read more on how the recent wildfires have affected Mammoth Lakes in our post here.