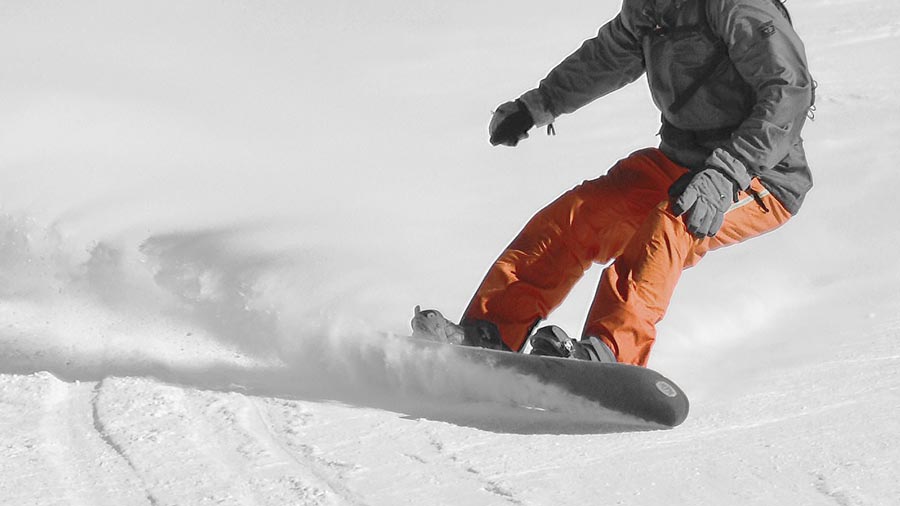 By the time most snowboarders have bought their first full set-up, they’re in love with the sport and have been obsessing over which products will take their riding to the next level.

Here at ASO Mammoth though, we’ve seen several stoked customers buy a snowboard, bindings, and boots only to return a few days later because they have no idea how to set their stance on their new gear. Whether you just came home from the shop with your new gear or are panicking because you’re leaving tomorrow morning and have no idea how to set your bindings, the ASO Mammoth guide to setting your snowboard stance has the answers you need!

Decide What Foot Forward You Are

The first thing to decide is whether you ride regular or goofy. If you’ve bought your own gear, then you should know this already, but just in case it was never explained clearly riding regular means with your left foot downhill while goofy riders point their right foot downhill.

In case you’re unsure or just want to double check, you can figure out your snowboard stance by having someone stand in front of you with their hands on your shoulders, lean forward, and have the person let you fall. Whichever foot you step forward to stop yourself with first is your dominant foot. Try this trick a few times to be sure but know that goofy riders are typically left-handed while regulars are right-handed.

Decide What Type of Riding You Will Be Doing

If you’ve ridden enough to have a type of riding that you prefer, keep it in mind while you set your stance so that you will be as comfortable as possible on the snow.

For example, people who prefer riding backcountry powder may want to set their stance a little further back on their board in order to keep their weight back while slicing through deep snow.

Even if you don’t have a preference for where you ride, if you know that you will be riding in one area of the mountain due to conditions then you can adjust your stance to that type of riding the night before.

If you don’t have a preference on where you ride or just want a jack of all trades type of stance, then you should set your bindings in the standard stance.

The standard stance consists of a straight back foot and ducked out (or pointed away from your other foot) front foot. If you can’t figure out what that looks like, it roughly equates to setting the angles on your bindings to 0 on the backfoot and somewhere between 12 and 21 degrees up front. This stance will give you stability in your back foot, and control on your front foot.

Change Up Your Snowboard Stance as You Gain Experience

Although the standard stance is comfortable, as you gain experience consider trying other angles and stances.

Width Comes Down to What’s Comfortable

Your width, or how far apart your feet are, ultimately comes down to what is comfortable to you, Start out by measuring the distance between your knees and heels and then placing your bindings that far apart. Once you have that number, play around with your width until comfortable.

Still unsure how to set up your snowboard stance?

Stop by our shop at 452 Old Mammoth Rd and our trained employees and technicians will help you!