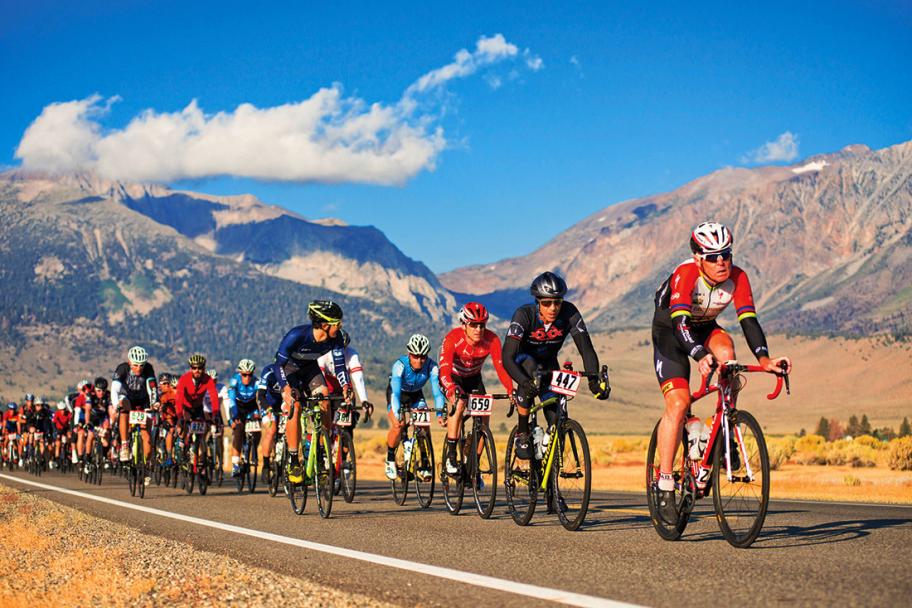 Cycling was one of the eight sports originally included in the modern Olympic Games in 1896, and in 2017 over 47.5 million Americans hit the road on a bike.

Even when you consider how popular cycling has been and still, it’s a completely different animal in Mammoth Lakes. With open roads, mountains that are perfect for grinding climbs and fast descents, and natural scenery that makes every turn postcard-worthy, Mammoth Lakes is a premiere road cycling destination. That’s why the epic Mammoth Gran Fondo attracts riders from all over every year.

Safe road cycling begins before you even hit the road.

There are enough unpredictable variables when riding such as drivers and road hazards, proper inspections of your bike will cut down on at least a few and keep you safe. Before you put rubber to the road, you should always check the air in your tires, brakes, and chain which is as easy as ABC. Don’t forget, strapping on a helmet is also an important part of your pre-ride routine!

Let’s face it, it’s easy to not follow road signals when you’re riding, especially when there are no cars or other riders around. However, all road cyclists should follow road signals like stop signs, traffic lights, and general driving rules as well.

The place where it’s most important to ride as if you’re a vehicle is at intersections where everyone’s safety relies on drivers and riders obeying traffic laws. As a road cyclist, that means using hand signals and coming to a full stop at red lights and stop signs.

Make a habit out of riding defensively on the road. Whether it’s with other bikers or cars, always remain aware of their presence and remember that all it takes is one distraction for an accident to happen. For example, a good practice is to avoid riding too close to the doors of parked cars. Technically, the person in the car is responsible for checking for riders before opening their car doors, but you can’t rely on that. Always leave extra space between you and cars and keep a defensive mindset while riding.

Be Predictable and Visible

No matter where you’re riding, it’s important that you are a predictable rider to avoid getting into accidents. That means that if there is a bike lane you should stay in it or make it clear that you’re leaving it if you need to, and you should swerve out of it as a last resort only.You should always have reflective lights on your bike, but when you’re riding in a rural or unlit area, such as the roads outside of Mammoth Lakes, it is even more important be visible. If there’s even a chance that you’re going to be riding at night or in a dark area, make sure everything from your shoes to your helmet is visible to cars and other riders.

Be Courteous to Other Riders

If you know that there’s a rider behind you, stick to the right of the bike lane so other they can pass you on the left. If you’re the biker who is passing, then make the rider you’re passing aware of where you are and where you’re going. Remember, saying thank costs you nothing and can mean a ton to other riders!