Do You Need a License to Fish at Mammoth Lakes? 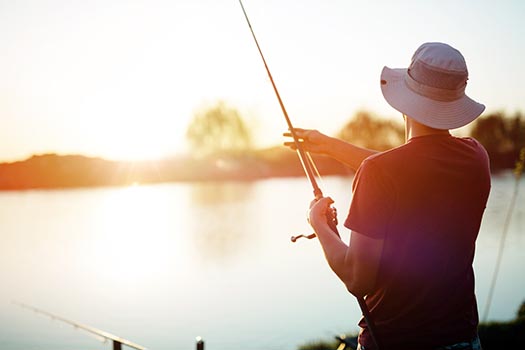 Mammoth Lakes has a well-earned reputation for being one of the most exciting and rewarding fishing destinations in all the west. With clear streams and lakes, beautiful scenery, and plenty to do, countless people visit this breathtaking location every year. If you plan on making a trip, you might want to get your fishing license first. This remains true whether you’ll be bringing fish home or using catch and release tactics.

When you visit Mammoth Lakes, you’ll have the option of fishing from the dock, in a boat, or on the shore. There are a number of guide services and fishing shops in the area to help you get equipped, licensed, and ready for the water. Guide services are great for new anglers who want casting tips and help spotting elusive species. Fishing shops offer all the bait, tackle, and other supplies you’re going to need, and they’re also great places to go if you need to pick a license up. Some of these shops, such as ASO Mammoth, not only offer fishing gear and licenses but also bike, snowboard, and ski rentals. In Mammoth, anglers 16 years old and above need to be licensed before putting their poles in the water.

Why You Need a Fishing License

Fishing licenses exist to protect fish populations. As the number of people living in North America increases, wildlife populations invariably go down. Overfishing became a serious problem in the late 19th century and, thus, lawmakers took action. Now, when individual states institute fishing regulations, each state applies limits for every local species based on its level of endangerment. They also limit the number of fish people can keep each day. All limits and other relevant regulations will be written up in the information accompanying your new license, which makes it easy to remain abreast of the latest catch limits.

Catching Poachers with the Help of Conscientious Anglers

Properly licensed and conscientious anglers can also identify and report poachers, which would be any person caught fishing outside of the state standards and regulations. Any recreational fisher bringing in a haul significantly heavier than the law allows is a poacher. Reporting poachers preserves hearty fish populations and keeps the streams and lakes in the area full of life. Given that licensed fishers are well-educated on the prospect and challenges of endangerment, they often have the best ability to spot poachers. Keep in mind fishing licenses aren’t just for protecting fish. You’ll also need one of these when attempting to bring in crustaceans, mollusks, reptiles, amphibians, or invertebrates that live in or near the water.

There are two free fishing days in Mammoth Lakes. These are days on which anyone can fish, whether they’re licensed or not. These days generally fall in the summer and are heavily advertised in advance. One day has already passed in early July, but the second one this year falls on August 31st. Although you won’t need to have license to go fishing on a free fishing day, the same limits apply. As such, you can still bring 5 fish home, and you can only have 10 fish or fewer in your possession at any time.

If you need to pick up some gear before you go fishing in Mammoth Lakes, make sure to stop by ASO Mammoth to get what you need. From rods, reels, and fishing licenses to Mammoth snowboard rentals, we’re the one-stop shop for all of the fun activities on the mountain. If you have any questions, don’t hesitate to give us a call at 760-965-3444.