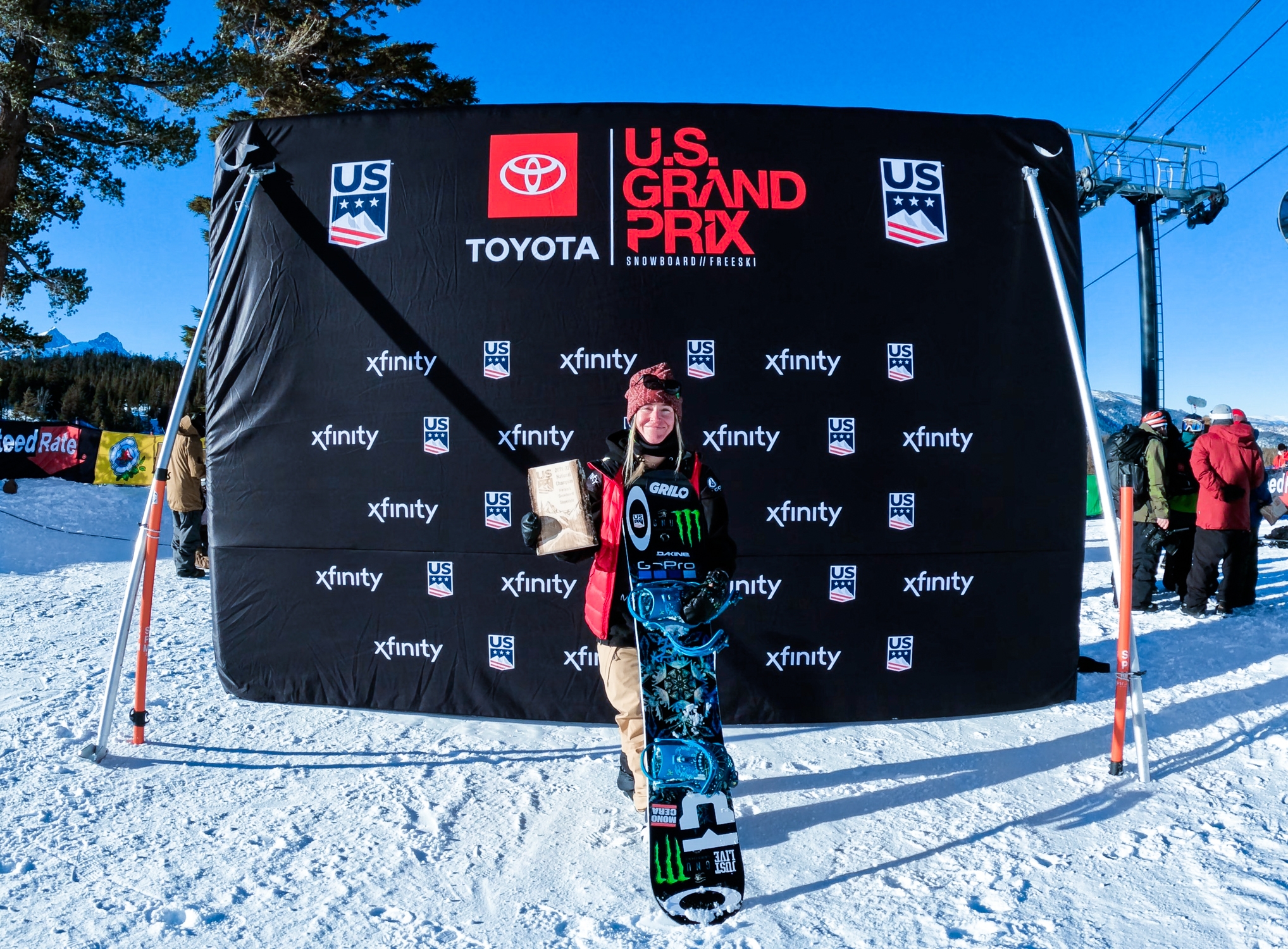 Who Became an Olympian at the Mammoth Mountain Grand Prix 2022?

Living and working around Mammoth Mountain is a dream for the team here at ASO Mammoth, but for some of the best skiers and snowboarders in the world another dream came true during this year’s Mammoth Mountain Grand Prix.

Skiing and snowboarding in the Mammoth Mountain Grand Prix requires participants to be at their absolute best, which is why the Americans competing in the event can earn a spot on the U.S. Olympic team for the 2022 winter Olympics. To help celebrate their accomplishment, as well as give you a head start on who to cheer for in this year’s Olympics, the ASO Mammoth team has put together a quick guide to who was named to the U.S. Olympic team at Mammoth Mountain.

Check it out below, and then visit ASO Mammoth for all the ski and snowboard gear you need to ride where the Olympians do!

Hailey Langland will be returning to the Olympics after her first appearance in 2018 where she competed in the snowboard slopestyle and big air competitions. Winning big at Mammoth Mountain is nothing new for Langland since she won the Mammoth Mountain Grand Prix at just 15 years old in 2016.

Jaime Anderson is also no stranger to the Olympics since she has had two previous trips in 2014 and 2018. In 2014, she won gold in the snowboard slopestyle competition and in 2018 Anderson took home gold in slopestyle and silver in big air.

Maddie Mastro has competed in snowboarding’s top events all over the world, such as her appearance at the 2018 Olympics, but she will be focused on the 2022 Olympics since she earned her spot at the Mammoth Mountain Grand Prix. Mastro will compete in the halfpipe event for team U.S.A..

Chris Corning is a Colorado based snowboarder who is no stranger to the U.S. Olympic team. After earning a spot on the team for the 2018 PyeongChang Olympics, he narrowly missed winning a medal in the big air event. Corning has placed and won in the world championships as well as the world cup, so he figures to be a major competitor in the slopestyle and big air competitions.

Red Gerard is likely already a familiar name since he won a gold medal at the 2018 snowboard slopestyle event in the PyeongChang Olympics, and he will find himself in a familiar spot at the 2022 Olympics. The Colorado based rider will compete in the slopestyle and big air competitions with the aim to repeat his 2018 victory.

Last, but certainly not least, Mammoth Lakes own Dusty Henrickson also won a spot on the big air and slopestyle team. Despite only being 19 years old, Henrickson is no stranger to the Olympics since he won gold in slopestyle at the 2020 Youth Olympic Games. Check out his performance in the 2021 X Games to see why people are calling him a prodigy.