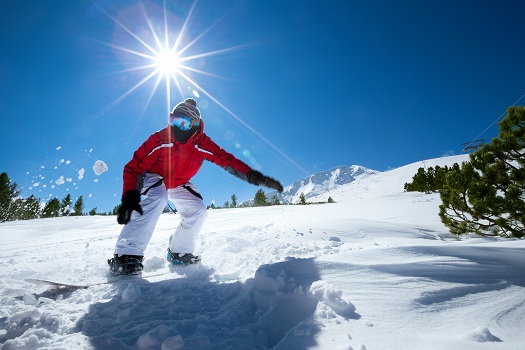 For some avid snowboarding enthusiasts, the best time to go snowboarding is whenever there’s sufficient snow on the ground in a place where this activity can be enjoyed. If Mammoth Mountain is where you have plans to ollie, nollie, melon, nose grab, or just have a lot of fun, there are some other things to consider when discussing the best time to go snowboarding here. Here are a few suggestions to keep in mind, brought to you by the snow sports experts at ASO Mammoth, the place to go for high-quality Mammoth snowboard rental.

Aim for February or March if You Like Deeper Snow

In 2021, Mammoth Mountain was able to kick off the snowboarding and skiing season a bit earlier in October. However, it’s usually not until mid-November when you’re first able to come here with your board. But if you like to snowboard where there’s deeper snow, Mammoth usually gets this type of natural powder in February and March.

Weekends during the winter snowboarding season tend to be busier at Mammoth. If you’re a newer snowboarder, it’s not unusual for the beginner areas to be bustling with more activity on weekends. While it’s still possible to find room to safely practice and learn, you may feel more comfortable doing this when it’s not so crowded on weekdays. A weekday visit can also be appealing if you’re a more advanced boarder who prefers smaller crowds.

Typically, snow conditions are much better in the morning at places like Mammoth Mountain, since this is usually when everything is fresh and ready for a new day of activity. If you have a preference for pristine conditions as you snowboard, get to Mammoth early, or get up early if you’ll be staying at an on-site lodge overnight.

Mornings Are Better for Younger Boarders

If you’ll be coming to Mammoth with kids or teens in tow, mornings also tend to be better if your young ones will be taking on-site lessons. This is also typically a less crowded time of day, even on weekends, which could make your kids feel more comfortable as they learn the basics of snowboarding.

Tickets for the lifts at Mammoth are available in varying price ranges, and they’re often more affordable if purchased online, since deals are usually offered. That said, if you’ll only be coming to Mammoth to snowboard for one day, you may prefer to go in the afternoon. This is when same-day lift tickets discounted 25 percent off the regular price are available. These tickets can be purchased at the ticket window starting at 12:30 p.m., and they’re valid for the remainder of the day. Snowboarding later in the day is also a good way to work up an appetite if you’ll be eating on-site or locally before you leave if you’re only coming to Mammoth for the day.

No matter which snow sport you prefer, drop by and chat with the experts at ASO Mammoth on your way to the slopes. We have great advice for skiers and snowboarders alike, and we can hook you up with all the gear you need for an amazing mountain adventure. Whether they need to register a tour, check out the latest snowboards, or rent skis, Mammoth visitors know they can rely on us for great service and expert advice. Come by and see us or give us a call at 760-965-3444.