What to Do If You Get Altitude Sickness

HomeSnow SafetyWhat to Do If You Get Altitude Sickness 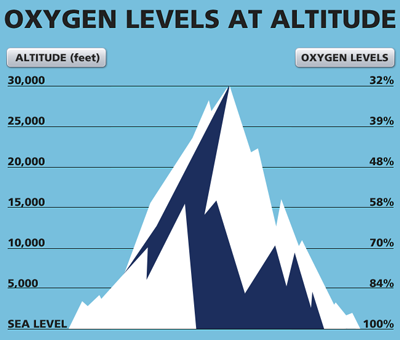 No matter where you go to ski, you’re going to have to go uphill eventually. How far uphill depends on where you’re riding and how badly you want great snow, but if you’re like the team at ASO Mammoth then you aren’t afraid to head up to high elevations if it means incredible lines.

The higher you go the more likely you are to suffer from the effects of high altitude though, and if you could even suffer from acute mountain sickness (AMS) if you’re not prepared for the physical strain. The symptoms of AMS may not seem serious initially but put a skier and anyone skiing with them in danger, especially over long periods of exposure. To help you ski and snowboard at high altitudes as safely as possible, the ASO Mammoth team has put together a quick guide to what to do if you or someone with you gets altitude sickness. Check it out below to begin your education on altitude sickness!

If you can’t recognize the symptoms of AMS you have no chance of treating it. Most people associate it with headaches, which are an initial symptom of AMS, but while headaches may seem annoying instead of dangerous they are a precursor to more serious symptoms.

As altitude sickness progresses the following symptoms will appear:

Remember that the higher you go, the more energy and time you spend at high altitudes. If you recognize the symptoms of AMS in yourself or anyone around you then you must stop and rest.

The low oxygen levels at high altitudes make our bodies work extra hard to perform physical activities like hiking and skiing, so if you’re feeling the effects of the altitude then the best thing to do is to stop and rest. Doing so will not only allow your body to recover, but it will also give it time to acclimate. Rest will not only prevent altitude sickness, but it can also relieve the symptoms. When you rest, make sure you drink plenty of water and make yourself eat. Altitude sickness often causes people to lose their appetite, but our bodies need food to fuel them more than ever when at high altitudes.

If your AMS symptoms have not improved or have worsened, then you must descend to a lower elevation to recover.

AMS is not something that can be ignored or pushed through. It will only get worse as you exert more energy and continue ascending, leaving you dangerously exhausted and disoriented for your descent.

If you or someone you are with is suffering from AMS then you must descend, but just because you begin descending doesn’t mean the symptoms of altitude sickness will disappear immediately. It takes time to recover from AMS, so take your time when descending to avoid accidents. The last situation you want to find yourself in is pushing yourself or someone with you too far and being unable to safely descend. If you’re with someone who is suffering from AMS, keep them close to you as you descend and make sure that their symptoms do not worsen or cause injury.

After descending, resting, eating, and drinking plenty of water most people will recover from their AMS. However, it can take up to a few days for the symptoms to go away completely. For this reason, it is extremely important to prevent AMS in the first place by slowly acclimating, taking plenty of rest as you ascend, and drinking and eating extra in order to fuel your body.