What Jake Burton Carpenter Did For Snowboarding 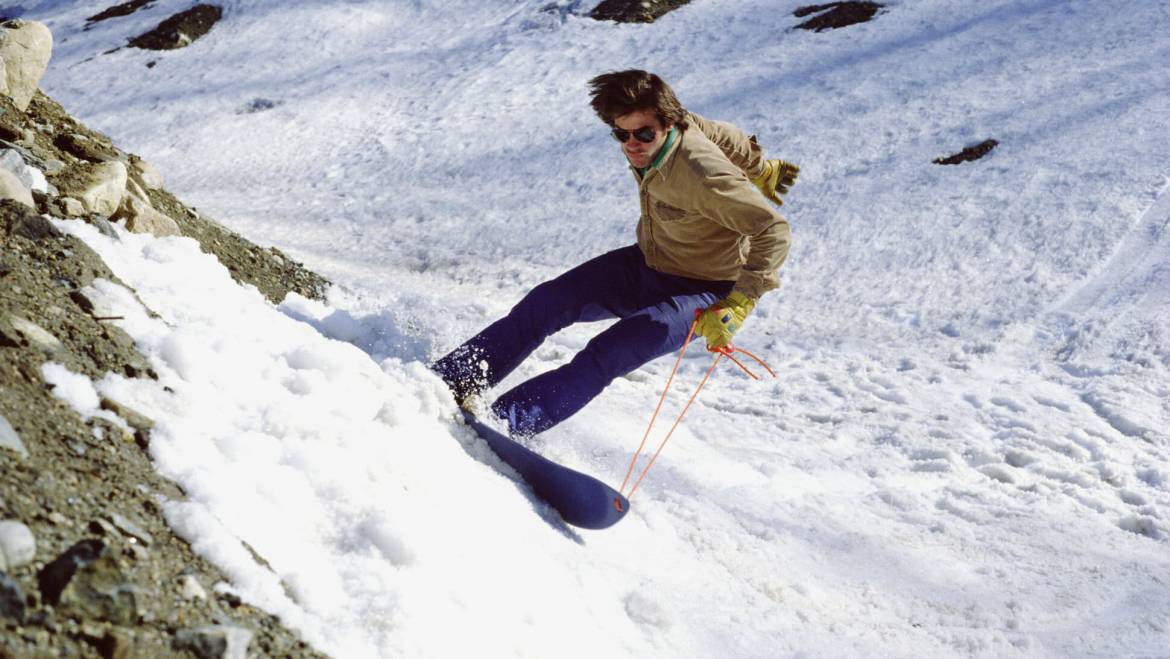 On November 20th, the snowboarding world lost one of its foundational figures when Jake Burton Carpenter passed away from complications caused by cancer.

If you’ve been on a ski mountain in the last 20 years then you’ve seen the Burton name somewhere, but Carpenter did so much more for snowboarding and the winter sports industry than simply build a dominant brand. Jake Burton Carpenter turned snowboarding from a child’s toy into a multi-million-dollar industry, but most importantly he revolutionized a sport that so many of us here at ASO Mammoth and Mammoth Mountain love.

To show our gratitude, we’ve listed a few of Carpenter’s most impressive accomplishments below.

Turned the Snurfer Into the Snowboard

Based on his legacy, you might think that Carpenter invented the snowboard. However, Carpenter was the first to give credit to even earlier innovators.

In 1965 Sherm Poppen combined two skis, strapped a rope to the nose to help steer, and named his new creation the Snurfer. Over the years the snurfer went from a toy, to a novelty, to a semi-sport with a few competitions held every year. However, when Carpenter got his hands on a Snurfer things changed. Literally.

Although Carpenter went to college and was even a banker in Manhattan between the time he rode his first Snurfer and when he decided to use the inheritance he received from his grandmother to build his own boards in a Vermont barn, once he decided to take the Snurfer mainstream things changed quickly. Carpenter removed the string, reshaped the board, and added bindings which allowed the rider to carve and control the board better. Although snowboarding was still seen as skateboarding in the winter for many years after, the contribution of bindings along with other Carpenter innovations would play a huge role in snowboarding becoming a global sport.

While Carpenter’s early boards were easier to control than the traditional Snurfer, they were still so difficult to turn and stop that most ski mountains would not allow them.

As a result, Carpenter took what made skis work and applied them to his boards. While in Austria Carpenter and his wife Donna found a manufacturer that would make their boards with steel edges and polyethylene bases. You might see these additions as basic parts of a snowboard today, but at the time the edges and base made it possible for anyone to stop and turn reliably on a snowboard.

Brought Snowboarding to the Resorts

Although Carpenter’s boards could be used safely with the new edges and base, many ski mountains were still hesitant to let them be used on their slopes.

Whether through ignorance or plain arrogance, snowboarders had a reputation for not respecting the mountain etiquette established and followed by skiers. Fair or not, there was a sharp divide between skiers and the mostly younger crowd of snowboarders that kept many resorts from allowing snowboards on the snow until Carpenter muscled through the resistance and continued to market and sell snowboards until the sport was too big to be ignored.

While there were other innovators who supported the sport of snowboarding, Carpenter and his team are undoubtably the driving force behind snowboarding’s explosion into a global sport.