Road Etiquette for Driving to Mammoth in the Snow

HomeTravelsRoad Etiquette for Driving to Mammoth in the Snow 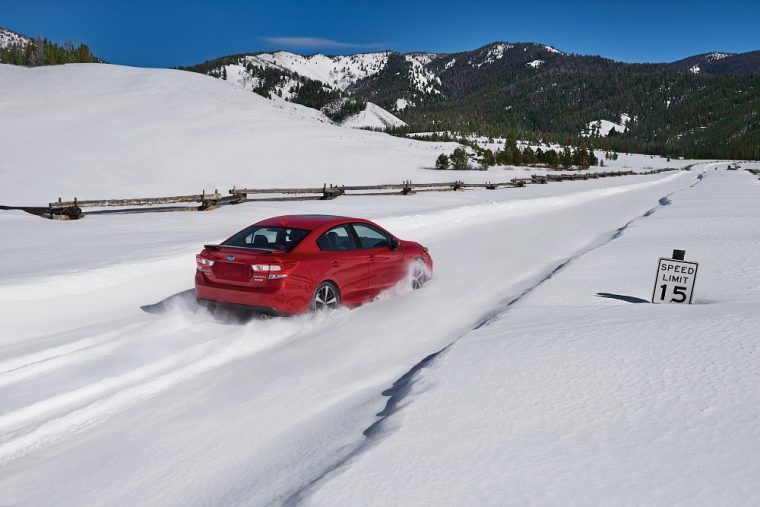 If you love mountains, then there isn’t a better drive than up 395 and through the Sierras towards Mammoth Lakes. Thanks to the soaring peaks, steady elevation gain, and the reward of arriving at Mammoth Mountain to cap off your drive, you should go ahead and keep your camera out at all times while on the 395.

However, as all those things also make this drive difficult and even dangerous when the snow starts falling. The roads leading to Mammoth are expertly maintained, but Eastern Sierra snow can overwhelm any roadcrew. Add in the surge of drivers trying to get to the mountains to ski or snowboard, and you can see the possibility for trouble.

To learn about general rules like chain regulations, click here, but if you want to learn more about how to be a courteous and safe driver in the snow keep reading!

It doesn’t matter if you’ve been driving through snow and ice for decades or you have the best tires on the road, don’t speed when there is snow on the road.

If you have driven on snow for decades, then you know that no matter how comfortable you are the snow is still unpredictable. Keeping yourself and others on the road with you should be enough reason to not speed, but if it’s not then you should consider how one person speeding influences the flow of traffic.

When one person is speeding they either end up tailgating a slower vehicle or fly by other vehicles. As a result, people being tailgated may speed up in order to get out of the way or other drivers may think that it is safe to drive faster than they are. Either way, people will be in danger when you speed, so please, don’t speed when there is snow on the road.

Carpool in the Best Car or With the Best Driver

The difference between a car with all-wheel or four-wheel drive and snow tires and one without them is so great that it’s almost always worth it to carpool over ice and snow-covered roads. The same can be said for someone who has experience driving in winter weather safely.

You may lose a little freedom by carpooling and not having your own car, but most of your day is going to be spent on the mountain anyway. Plus, you and everyone driving behind you will enjoy Mammoth much less if your car has to get towed out of a ditch.

Only Put Chains on When there is Snow on the Road

If you’re heading up to Mammoth and are expecting snow soon, you may be tempted to stop at a calm part of the road and install your chains before you hit congested roads and bad weather.

Do not do this.

For starters, Chains are designed to be used at 20 mph or below. Next, chains and asphalt do not mix and will damage each other without snow between them. Lastly, The Highway authorities set up checkpoints where people should install their snow chains, so you don’t need to try and figure out the best place to install your chains.

Only Put Chains on When You’re Safely Off the Road

As mentioned, the Highway Authorities set up areas to install chains during weather events, but if for some reason you have to install your chains elsewhere then make sure you are well clear of the road when you pull over. Even if you’re stuck in standstill traffic and are an expert at installing chains, pull off the road and avoid creating even more congestion.