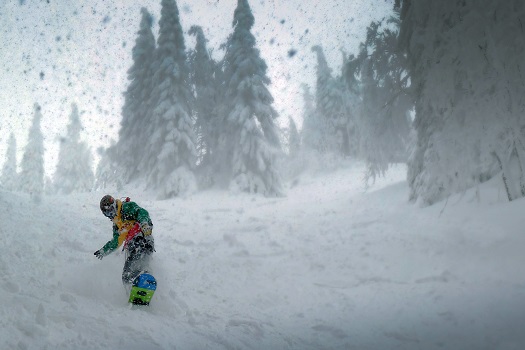 If you’re a beginner snowboarder, you’re more than likely itching to get on the slopes. Before you start cruising, you must learn a portion of the lingo you’ll hear among fellow snow lovers. You may have heard someone refer to the term “shredding,” but that’s only the beginning. Immerse yourself in the lingo below to become more prepared. You can practice your slang with the snow sports fanatics at ASO Mammoth when you stop in for top-quality snowboard rentals in Mammoth.

Après:This refers to what you’ll be doing after you go snowboarding, which typically involves a drink at the bar to thaw out.

Backcountry: You’ll hear this when discussing areas outside of boundaries. Make sure to watch out for obstacles such as trees and cliffs if you venture into this terrain.

Bail or bailing: This usually indicates someone has fallen down or didn’t land an attempted trick.

Base: The underside of your snowboard is referred to by this name.

Carving: This is where you turn and gain momentum.

Cruisin’, ridin’, or shreddin’: All of these words mean the same thing, which is simply to go down the snowy hills.

Cut: This term is used to describe a sharper turn.

Dumping: Also known as “powder day,” this refers to the slopes being heavily snowed down, and it is coveted by most snowboarders as an enjoyable time to shred the gnar.

Jib or jibbing: Beginners should avoid doing this, as it means you’re snowboarding on anything other than snow.

Knuckle-dragger: In snowboarding terms, this is a label meant for those who crave the white powdery slopes.

Lifty: Contrary to what you might think, this isn’t the machine itself. Instead, it describes someone who works on the lift stations.

Park rat: You might hear this word thrown around. It refers to someone who spends the majority of his or her time in the freestyle park rather than out on the mountainside.

Pow: This is a word you should keep your ears open for. It’s the freshly laid snow most try to find when snowboarding.

Quiver: This term is used to describe your collection of skis or snowboards.

Shred the gnar: This common phrase is used in snowboarding, skiing, surfing, and skateboarding. If you hear this, it means you’re snowboarding with enthusiasm or impressive style.

Snowplough: You might have already learned this term if you’ve skied before. It refers to the stance a beginner often takes.

Traversing: Instead of going straight down a slope, you might choose to traverse, or move across the slope from side to side.

Trays: This term is used more like a friendly joke. Some use the word “tray” to describe the snowboarder or the snowboard being used.

Waist-deep: This is another way of saying the snow is deep and fresh.

Whiteout: Let’s hope you don’t encounter this. A “whiteout” is when the weather suddenly changes and snowboarders are caught in the middle of a white cloud, therefore losing their visibility.

Now that you have the lingo down, head to the mountain and see what it feels like to actually shred the gnar. To make sure you have all the right gear for your quiver, drop by and see us at ASO Mammoth, your one-stop shop for equipment, repair, and Mammoth snowboard rental. For more info, give us a call at 760-965-3444.