Mountains with the Longest Ski Seasons in the US

HomeCommunity and PeopleMountains with the Longest Ski Seasons in the US 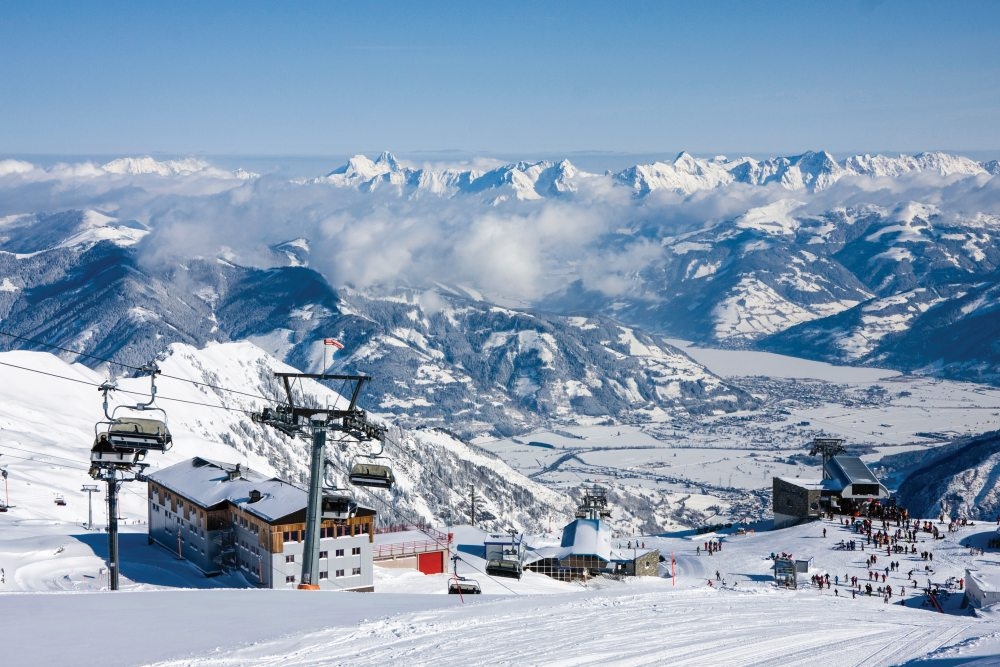 Too much of a good thing can be bad, but when it comes to skiing and snowboarding you can throw that idea out the window.

If you’re like the Mammoth Mountain pros at ASO Mammoth, then your goal is to make the off-season as short as possible. Fortunately for us, Mammoth Mountain has one of the longest seasons in the US, so we don’t have to travel far to do so. We know that everyone isn’t as lucky though, so the ASO Mammoth team has put together a quick list of mountains with the longest ski seasons in the US. While other mountains will be slowing and shutting down operations soon, these mountains will be open into summer and beyond!

We’re biased as Mammoth Lakes locals, but Mammoth Mountain is one of the best mountains in the US all year long.

One of the defining characteristics of a mountain with a long ski season is plenty of northern exposure. Longer days in the spring and summer mean more exposure to the sun, and that means less snow for skiing and snowboarding. However, trails facing north receive the smallest amount of direct sunlight so their snow remains for longer. Mammoth has plenty of north facing trails, and when you add in Mammoth’s high altitude and heavy snow averages you have the perfect combination for skiing and snowboarding all the way into July.

That’s not all that Mt. Bachelor has going for it though, as the staff there uses salt on the groomed runs throughout spring and summer. While putting salt on snow may seem counterintuitive, Mt. Bachelor is one of the few resorts that uses salt to absorb excess water from the melting snow. Less water means harder snow, and harder snow means better skiing and snowboarding even in warm weather.

Each side of Mt. Bachelor has trails running down it, resulting in over 4,000 acres of skiable terrain. While you can’t count on all of that to be open during spring and summer, you can bet on at least a few being open well into spring.

Located on Mt. Hood, Timberline’s long seasons benefit from high altitude and a deep base that builds up over the long winter season.

While Timberline offers over 1,400 skiable acres and skiing and snowboarding year-round, their claim to fame during spring, summer, and fall is their terrain parks. At Timberline the terrain parks move up the mountain with the snowpack as the weather warms. While there are less freeride runs available as a result, Timberline offers excellent terrain park features all year long. If you’re looking for groomed runs, then Mt. Hood Meadows is a great alternative.

Although not as high as other mountains on this list, Alpine Meadows still benefits from heavy Sierra snow, high elevation, and northern exposure to create a long skiing season.

Like the other mountains here, Alpine Meadows will not be entirely open during spring and summer. Still, Alpine Meadows proximity to Lake Tahoe makes it an excellent place to visit for fun on the snow and the water.

We’ve focused on west coast mountains so far, but Arapahoe Basin in Colorado stands among the best when it comes to spring skiing.

Although Arapahoe has the same high elevation as the other mountains on this list, what makes it unique is the large amount of snow that typically falls late in the season and the lack of steep slopes. As a result, Arapahoe’s slopes stay open well into spring and beyond!