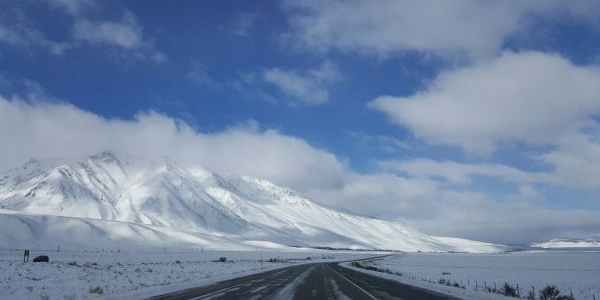 We’re blowing through the calendar, but the snow just keeps falling.

Even though the temperatures are rising, more than a foot of snow has fallen since last week. As a result, the middle to upper half of the mountain still has winter like skiing and riding while the lower half of the mountain has spring snow and temperatures. The late snow, combination of spring and winter conditions, and overall great weather shows just how special Mammoth Mountain is.

So, what are you waiting for? This weekend looks like a great opportunity to get up here and enjoy spring and winter snow on the same day

Last week saw significant snowfall to send March out and start April on the right foot.

On 3/28, Mammoth was hit by a storm that dropped 9 inches through the day and another half inch on the 3/29. That wasn’t all though, as more snow fell during the week with an inch and a half on 4/2 and another 5 falling on 4/3.

If that’s not enough to get you to Mammoth for some of the best spring skiing in the US, then how about more snow coming this weekend?

Friday: Although temperatures will be right around freezing with a high of 28˚, a low-pressure system will bring snow and winds into town Friday afternoon. You can expect partly sunny skies for most of Friday, but as the afternoon rolls around there will be a 70% chance of snow accumulations up to one inch and wind gusts up to 30 mph. The same trend will continue into Friday night where there will be a 40% of light snow and a low temperature of 19˚.

Saturday: On Saturday April 6th, you can expect warmer temperatures, however there is a chance for more snow in the afternoon.

Expect temperatures to rise to 34 for the high on Saturday with a 40% chance for light snowfall during the afternoon. The winds will be slightly calmer with gusts reaching 25 mph, but as the afternoon turns to night you can expect the partly cloudy skies to change to cloudy and temperatures to fall to 23˚.

Sunday: Sunday April 7th looks to be the most spring-like day this weekend, with partly sunny skies and a high near 40˚. Expect soft, slushy snow all over the mountain as the temperatures rise during the day and ice on Monday morning as the low for Sunday night will be 28˚.

The warmer weather and light accumulations indicate that the Mammoth snow machine is finally slowing down, so if there are any lines or features you have yet to hit this year now is your chance. More snow may be in the forecast for next week, but if there is a line that still has winter snow now is the time to hit it!