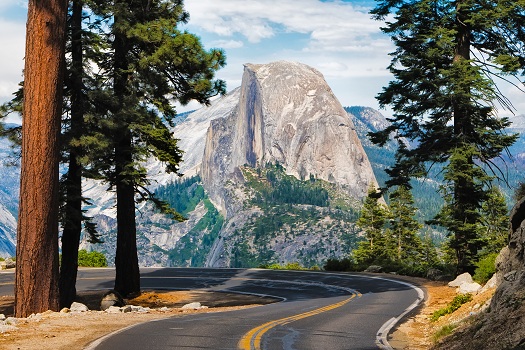 Mammoth Mountain is many wonderful things to all the visitors who come here frequently, seasonally, or annually, but it’s not actually a national park. Owned by Alterra Mountain Company, it’s a privately owned resort with more than 3,500 acres of accessible terrain nestled in the town of Mammoth Lakes in California. However, Mammoth is a perfect place to set up your base before taking a day trip to nearby Yosemite National Park. Here’s what you need to know about visiting Yosemite while staying in Mammoth, brought to you by the friendly folks at ASO Mammoth, your year-round one-stop shop for everything from fishing gear to mountain biking equipment and Mammoth snowboard rentals.

Yosemite Is Easily Accessible from Mammoth

Yosemite is often referred to locally as “the national park right next door,” at least among locals who regularly come to Mammoth Mountain anyway. If you have your heart set on spending some of your time visiting a national park during the warmer months of the year, Yosemite is less than an hour away from Mammoth. In fact, as we mentioned above, you’re welcome to stay on-site at Mammoth Mountain and take a day trip over to Yosemite if you have time to really explore the area.

Getting to Yosemite via Shuttle

There are technically three ways to get to Yosemite National Park from Mammoth Mountain or the Mammoth area, but we’ll start with the simplest and most convenient option first. This would be to take the shuttle operated by the Yosemite Area Regional Transit System, or YARTS. These shuttles make stops at many locations throughout Mammoth Lakes. There’s a free shuttle that goes from the resort into Mammoth Lakes, so you can get to a YARTS stop from Mammoth Mountain.

Once you’re on the shuttle and heading to Yosemite, you’ll be treated to a convenient, scenic ride. You’ll get more than 5 hours to explore this national park before taking the next shuttle back to Mammoth. Popular Yosemite attractions and features include:

Another way to get to Yosemite National Park from Mammoth is to drive. Go north on Highway 395 and continue until you get to Tioga Road, or Highway 120. The total drive time if you go from Mammoth directly to the national park via this route is about 45 minutes. Tioga Road is only open during the warmer months of the year. It may also close occasionally if there are weather-related issues. Additionally, you’ll need to make reservations—which you can do via the park’s website—to drive through Yosemite through the end of September this year.

Hiking Your Way There

If you’re up for a more invigorating hiking adventure while visiting Mammoth Mountain, you can make your way to Yosemite via the point-to-point trail. You’ll need to take the free shuttle into Mammoth Lakes first to get to what’s referred to as the John Muir Trail, which goes from Devil’s Postpile to Yosemite Valley. The hike spans about 53 miles, and it’ll take you about 26 hours to complete the total hike—or actually longer, since you’ll likely be taking breaks or setting up camp to briefly rest in designated areas.

No matter what time of year you choose to visit the Mammoth Mountain area, you’ll find a ton of fun things for the whole family to enjoy. While you’re here, stop by and see the friendly team at ASO Mammoth. Whether you need high-quality hiking gear or snowboard rental in Mammoth, you’ll find everything you need at our store. Drop by on your way to the mountain or give us a call at 760-965-3444.