What Are the Seasonal Weather Changes Like at Mammoth? 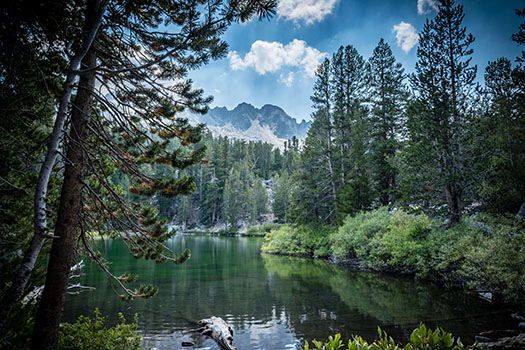 The town of Mammoth Lakes, the only incorporated city in Mono County, California, sits at 7,880 feet of elevation. Mammoth Mountain’s peak is over 11,000 feet. Because of its elevation, Mammoth Mountain receives an average of 400 inches of annual snowfall. This provides Mammoth with a very long ski season. The mountain sports experts at ASO Mammoth, the top spot for fishing and mountain biking equipment, ski gear, and Mammoth snowboard rentals, offer this useful information about when the weather typically changes at Mammoth.

In terms of weather changes in Mammoth, fall begins at this high elevation around mid-September. During the day, the temperature averages a comfortable 60-plus degrees but quickly gets down to almost freezing at night. Fall here in the high country begins drier and clearer, but by November 8th, the wetter season begins. This isn’t to say there won’t be any rain or snow before early November, because the weather at such a high elevation is extremely unpredictable. After November 8th, there’s a 17 percent change of precipitation for the rest of fall. Fall at Mammoth tends to last on average until around November 23rd.

By November 23rd, the average daily temperature is under 44 degrees, and the average nightly low is around 20 degrees. By that time, winter has set in, and precipitation will usually be a mix of rain and snow during the day and snow at night. On average, from December 4th to March 9th, any precipitation will simply build the growing snow base. Precipitation is heavier from mid-December through February. By December 30th—on average, Mammoth’s coldest day—the high is around 36 degrees, and the low is around 11 degrees. Winter in Mammoth tends to last until mid-March. The average daily high in mid-March is 44 degrees, with a low of 19 degrees.

In mid-March, the cold begins to break, but the heavy precipitation continues through early April. With the daily low around 19 and the high at 44, very little snow melts. The snowpack has even been known to last and allow skiing until August. This was true in both 2017 and 2019. Thus, “spring” doesn’t always mean flowers blooming. By June 11th, when the warmer season begins, the temperature climbs up to a daily high of 68 degrees, with a low of 36 degrees. From late April until around late October, it’s most common for there to be rain, not snow.

The warmest time of the year at Mammoth is from June 11th through September 17th. Precipitation declines, and there are more sunny days. At the height of the warm season, around mid-July, the average daily high is around 76 degrees. In the evening, though, it’s very chilly, averaging from 30 degrees to the mid-40s. You need to bring a jacket, gloves, and a warm hat to keep your body warm year-round at Mammoth.

No matter what time of year you visit Mammoth Mountain, you’re sure to have a fantastic time. Whether you’re here to fish, hike, bike, ski, or snowboard, drop by ASO Mammoth, your one-stop shop for everything you need to enjoy your time on the mountain. If you need biking gear, fishing licenses, or Mammoth Lakes ski rental, our friendly team is here to help. Give us a call today at 760-965-3444.