How to Switch From Skiing to Snowboarding and Vice Versa

HomeSkiingHow to Switch From Skiing to Snowboarding and... 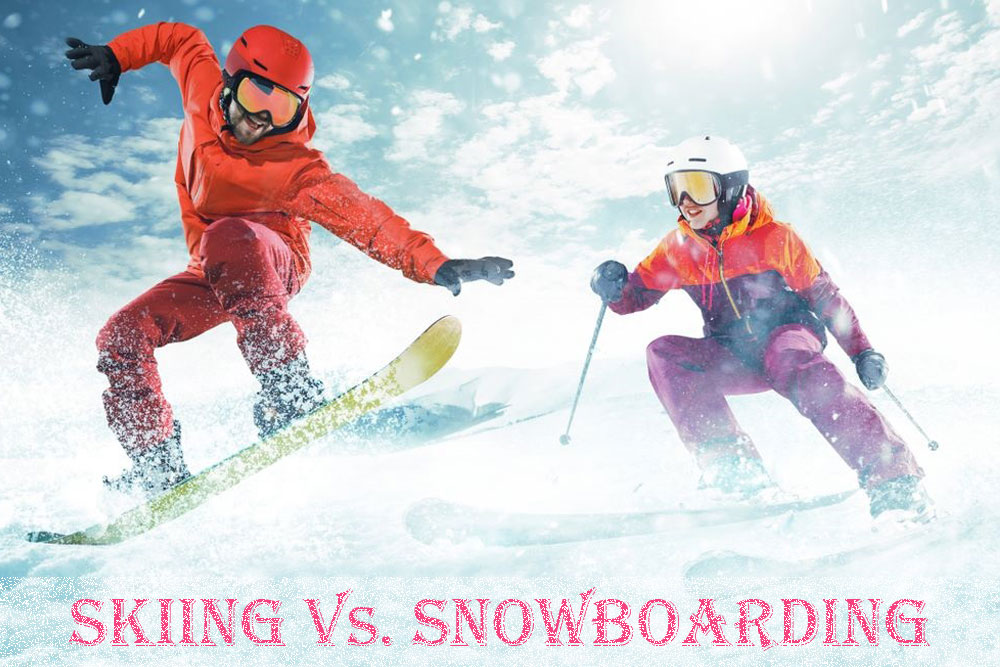 For most people, switching from snowboarding to skiing and vice versa never crosses their minds. Whether it’s because their parents decided for them on their first day on the mountain or a friend convinced them to choose the sport they were most familiar with, most people start either skiing or snowboarding and never look back.

It doesn’t have to be this way though. Although skiing and snowboarding are similar sports, it’s common for people to switch between them after years of only doing one. For example, at ASO Mammoth we see people switching sports because of lingering injuries or just for a new challenge. The ASO Mammoth team has put together a quick list of tips to help anyone trying to switch between skiing and snowboarding. Check them out below!

If you’re an experienced skier or snowboarder, you may think that you’ve seen enough of the other sport to be a little ahead of your average beginner. The truth is that it doesn’t matter how good you are at your first sport or how much you’ve watched the other. So few skills carry over between the two that you’ll be just as good as someone who is on the mountain for the first time.

If you’re making a switch between the two, plan on taking a lesson with a well-qualified instructor to make sure that you learn as fast as possible without forming bad habits.

Skiers Must be Ready to Turn Their Board

Before skiers ever learn how to carve they learn how to stop and slow down by angling their skis into a triangle, or as you might know it the pizza. Since this is such a fundamental skill for skiers, it often comes as a shock when they realize that they have to completely turn a snowboard just to slow down or stop.

Other than the feeling of having their feet strapped together onto one plank instead of two, the need to constantly turn their board is what throws ex-skiers off the most. The good news is that if you’re familiar with using your edge from skiing then you’ll at least understand how to stop and slow down on a snowboard before you actually can. This is why we recommend taking a lesson and only riding green runs if you’re making the switch from skiing to snowboarding.

Snowboarders Have to Learn to Plough Turn

Once snowboarders who are learning to ski get over the fact that their feet can separate if they’re not careful, their instincts will tell them to start linking parallel turns as they did when they were snowboarding. However, it is vital that snowboarders don’t skip ahead by not learning how to plough turn.

Plough turns are rarely used by experienced skiers, but it’s important that all skiers are able to make them in case they have to stop in a tight space. Always use your edge if you need to stop suddenly or at high speeds, but when you’re in line for the lift putting your skis into pizza will keep you from sliding into the person in front of you.

Ex-Skiers Should Be Cautious On Catwalks

If you’re a skier then catwalks are a pain, but they can always be pushed through. If you’re snowboarding though, you have to know where catwalks are ahead of time and how much speed you’ll need to make it through without walking or skating. Plus, ex-skiers may not be prepared to ride in tight spaces where they will have to turn their board to slow or stop with other people nearby.

For these reasons, ex-skiers should be cautious when they’re riding catwalks.