How to Ski and Snowboard in Icy Conditions

HomeSkiingHow to Ski and Snowboard in Icy Conditions 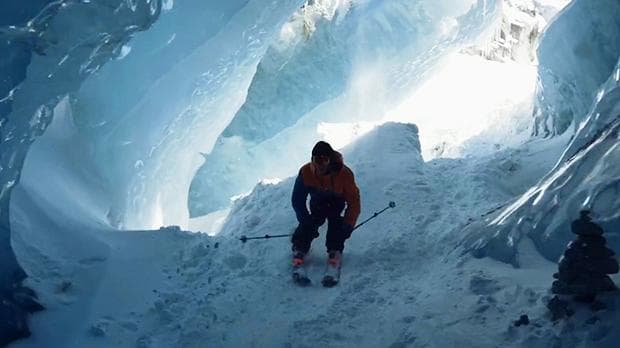 It doesn’t matter if it’s the beginning of the season or the end, when temperatures are jumping above or below freezing your local ski mountain is going to get icy. Even during the middle of winter, the temperature can drop or jump and create ice, or large crowds can scrape away soft snow and leave ice behind.

What we’re trying to tell you is that if you ski or snowboard you are going to run into ice at some point, so why not be prepared? The team here at ASO Mammoth wants to help out, so we’ve created a quick list of tips and techniques that will help you ride on ice as safely as possible.

Check it out below!

Know Where the Ice Is

While experienced skiers and snowboarders can spot ice while riding, even newcomers can figure out where the ice is and avoid it with the right preparation.

While ice can form on heavily populated runs as a result of the snow being scraped away, it often forms when warm or cold temperatures cause the soft snow to melt and then freeze. During spring and fall, this often happens during the day and the soft snow freezes over night. However, in the winter extreme cold can make soft snow hard and slick. No matter what the weather is like, ride where the sun has had a chance to soften the snow. For example, some parts of Mammoth Mountain don’t see the sun until well into the afternoon, so they’re best avoided on spring mornings because the sun hasn’t had a chance to soften them up yet.

By paying attention to where the shadows are falling, or simply asking the locals, you can avoid the majority of the ice on the mountain!

You can still hit Ice even in excellent conditions. If you do, the most important thing is that you relax and keep your weight centered.

Many people will have the impulse to stop as soon as they hit ice, but sudden stops or other movements means you’re relying on your edge to cut into the slick ice. If your edge slips out then you’ll go down hard, and ice is much less forgiving than snow when it comes to falls.

The best thing you can do when you hit ice is slow down and center your weight over your board or skis while putting light pressure on your edge. It may take you longer to stop or turn, but by keeping pressure on your edges you lessen the chances of your gear sliding out from under you.

Don’t Be Afraid to Slide

You’ll know when you hit ice right away because the feeling of your board or skis sliding is completely different then when they are pushing snow underneath you, but just because it’s different doesn’t mean sliding is a bad thing.

You’ll mainly notice yourself sliding while between turns, but the best way to ride through an icy section is to keep making turns and not riding your edge all the way down. You have less control when you’re sliding on ice, but if you stay centered, slow down, and put light pressure on your edge, you’ll make it through without risking your edge sliding out from under you.

If you own your gear and know you’re heading into icy conditions, have the edges sharpened before you hit the snow. Doing so will give your gear more teeth to bite into the ice instead of sliding over it. While proper technique goes a long way when it comes to riding on ice, sharpened edges will give you much more control and confidence.