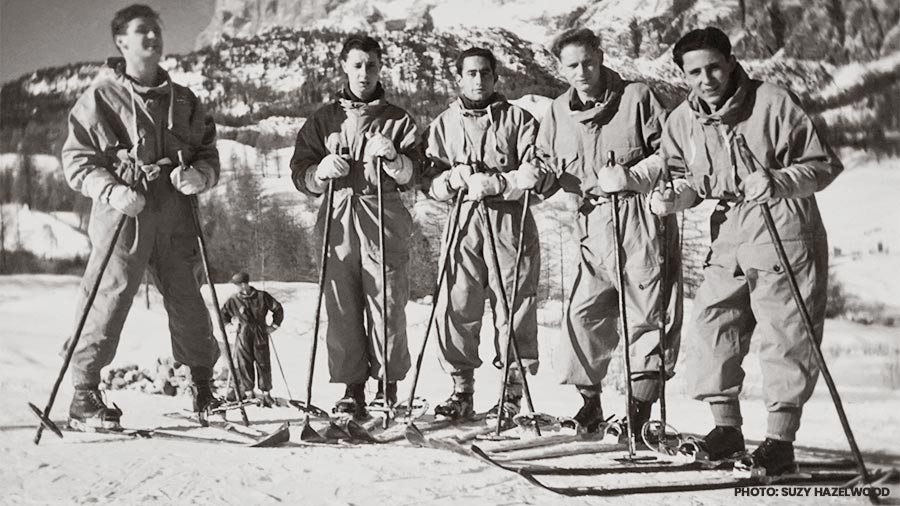 It doesn’t matter if you’re a Mammoth Lakes local or a first-time visitor, when you see Mammoth Mountain towering above you all you can think is, “wow.” After all, there’s a reason the mountain is named after one of the largest creatures to ever step on Earth. Now imagine seeing Mammoth Mountain looming over you without all the ski lifts, groomed runs, and buildings around the base and thinking, “I’m going to build ski runs all over that mountain.”

As hard as it is to believe, that was just the beginning of Dave McCoy’s story in the Eastern Sierra.

It’s been just over a year since Dave McCoy passed away at the appropriately epic age of 104 years old, but his legacy still stands tall over the Eastern Sierra and all the communities within it. After seeing this beautiful video from VisitMammoth.com, we couldn’t help but express our appreciation to Dave McCoy, so we’ve decided to share a little bit of his history here. Check it out below so you have the knowledge to appreciate everything Dave did for the Eastern Sierra and stop by ASO Mammoth so you’ll have the ski and snowboard gear to explore it all!

McCoy Chose the Eastern Sierra Over All of the West Coast

Since Dave McCoy was born in El Segundo California and then spent time in Washington State, he saw most of what the West Coast had to offer at one point or another. However, when he was 12 years old he visited the Eastern Sierra and never forgot it. In fact, McCoy had the option to play college football when he graduated high school, but his dreams rested in the mountains and not on the football field.

McCoy instead took a job as a snow surveyor for the city of Los Angeles. Back then, Los Angeles relied on estimates of the snowmelt from the Sierras to plan out its water supply just as it does today. However, unlike today they didn’t have advanced instruments to constantly measure the snowpack. Instead, they paid people to ski through the backcountry, take measurements, and report the conditions. That may sound like a dream job for most people, but for McCoy it was a calling, and he was so passionate about his job that he made his own set of skis by hand to do it.

His passion was rewarded by more than just days in the Eastern Sierra backcountry though, because it was during this time that he realized Mammoth Mountain was the perfect place for a ski mountain.

The Man Who Built Mammoth, Dave McCoy Turned a Mountain into a Community

Even though Mammoth Mountain had the geography and weather patterns to make it a world class mountain, McCoy still had to overcome plenty of challenges to get it up and running. The mountain was isolated, surrounded by poor roads, and had little local population.

Still, McCoy opened up for business with a tow rope that ran off the back tires of his truck, and Mammoth Mountain was born. His ingenuity and determination would eventually cover the mountain in runs and ski lifts, but it didn’t stop there. McCoy was a major factor in establishing the town’s fire department, hospital, high school, and water district. He also invested in the local education system to create a community with a stable foundation and a bright future.

If McCoy accomplished only half of the things he did in his life, he would be a legend. Instead, he built a ski mountain and then helped developed the community that sprang up around it. We’re lucky enough to call that place home, and appreciate everything Dave McCoy did for Mammoth Lakes!