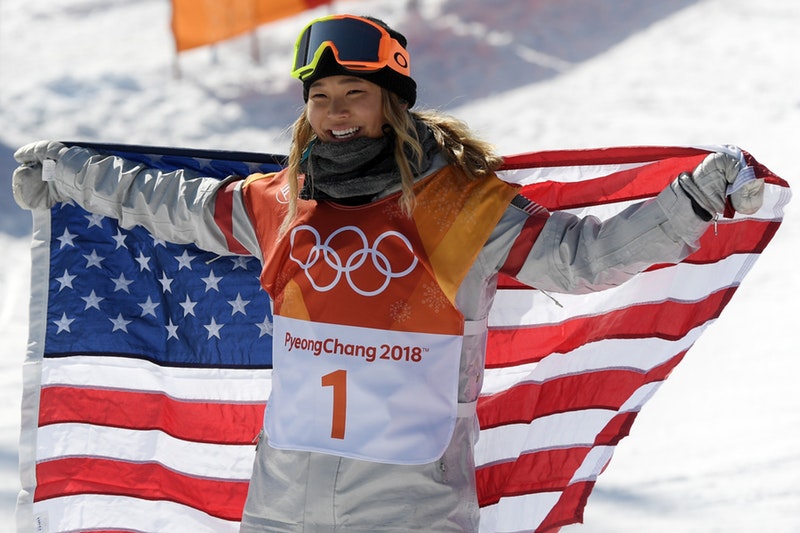 USA Olympic Competitor Chloe Kim completely dominated the Women’s Halfpipe Event on Monday. The 17-year-old hit the scene with a bang, finishing her first run with a score of 93.75.  Kim run’s were executed with the utmost control and strategic precision, completely smoking the competition.

By the third run, Kim had already taken the lead and sent it in her victory lap by throwing down with her signature back-to-back 1080s.

It might be Chloe Kim’s first time at the Olympic Games, but she’s no rookie on the slopes. Training at top tier locations in premium conditions like Mammoth Mountain in California,  Saas-Fee in Switzerland, and Cardrona Alpine Resort in New Zealand, she has clearly put in hours to be competing at the olympic level.

After her win and whirlwind of emotions, Kim shared the podium with fellow USA teammate, Arielle Gold, who finished with a 85.75 and took home bronze. Congrats USA!