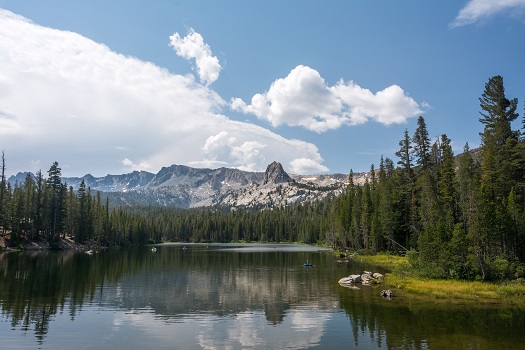 In the Central California town of Mammoth Lakes, the highest peak is called Mammoth Mountain. It has an elevation of 11,059 feet and a prominence of more than 500 meters. This is where the renowned Mammoth Mountain Ski Area is located, and it’s part of the Sierra Nevada mountain range, which runs from the Mojave Desert to the North Fork Feather River in Plumas County. This range is part of a system that’s considered the backbone of the Americas, and many Californians feel blessed to have the Sierra Nevada mountain range running through the middle of their state. The helpful folks from ASO Mammoth, the Mammoth outdoor store that provides just about everything you’ll need to have a great time on the mountain, offer a few facts about the Sierra Nevada and some suggestions for making the most of your trip to this stunning area.

History of the Sierra Nevada

Geologists have found rocks from the Cambrian Period near Mount Morrison, which isn’t far from Mammoth Lakes. Since Cambrian times preceded the Paleozoic Era, this evidence suggests Mammoth Mountain as we know it has been in place for more than 500 million years. Archaeologists have determined human settlements in the Sierra Nevada have existed since 3000 BC. In 1542, Spanish explorer Juan Rodriguez Cabrillo annotated some map sketches with descriptions of the mountain range as being snowy and somewhat similar to the Sierra Nevada of Spain. By the late 18th century, maps of California had started to use the name for this range.

Driving Across the Sierra Nevada

Highway 395 is an impressive feat of engineering that allows you to drive through many sections of the Sierra Nevada, and you can take this road to visit Mammoth Lakes. Let’s say you start in Southern California. You can take the freeways north to Bakersfield and head east on State Road 178 until you reach Highway 395 going north. You’ll drive near Kings Canyon Park and the Inyo National Forest before coming to the State Road 203 intersection, which will lead you to Mammoth Lakes.

Things to Do in the Sierra Nevada Range

You can enjoy everything from hiking and sightseeing to skiing and snowboarding at different points of the Sierra Nevada. Photography, fishing, mountain biking, bird-watching, mountain climbing, and simply taking in the many gorgeous views of the Sierra Nevada are also popular activities. Even though many people associate this range with Yosemite National Park, Mammoth Lakes provides a more relaxed and intimate experience.

Skiers and snowboarders will tell you winter is the best season at Mammoth Lakes, but hikers will say trekking across the Sierra Nevada is better during the spring. For most visitors, fall is definitely the best time to visit Mammoth Lakes because it’s not as crowded then. Moreover, the foliage changes color so quickly you can almost see it as it happens.

No matter what time of year you choose to visit the Sierra Nevada, you’ll find a ton of fun things for the whole family to enjoy. While you’re at Mammoth Mountain, stop by and see the friendly team at ASO Mammoth. Whether you need mountain biking gear, fishing licenses, or snowboard rental in Mammoth, you’ll find everything you need at our store. Give us a call at 760-965-3444 or drop by to see us on your way to the lakes or the slopes.