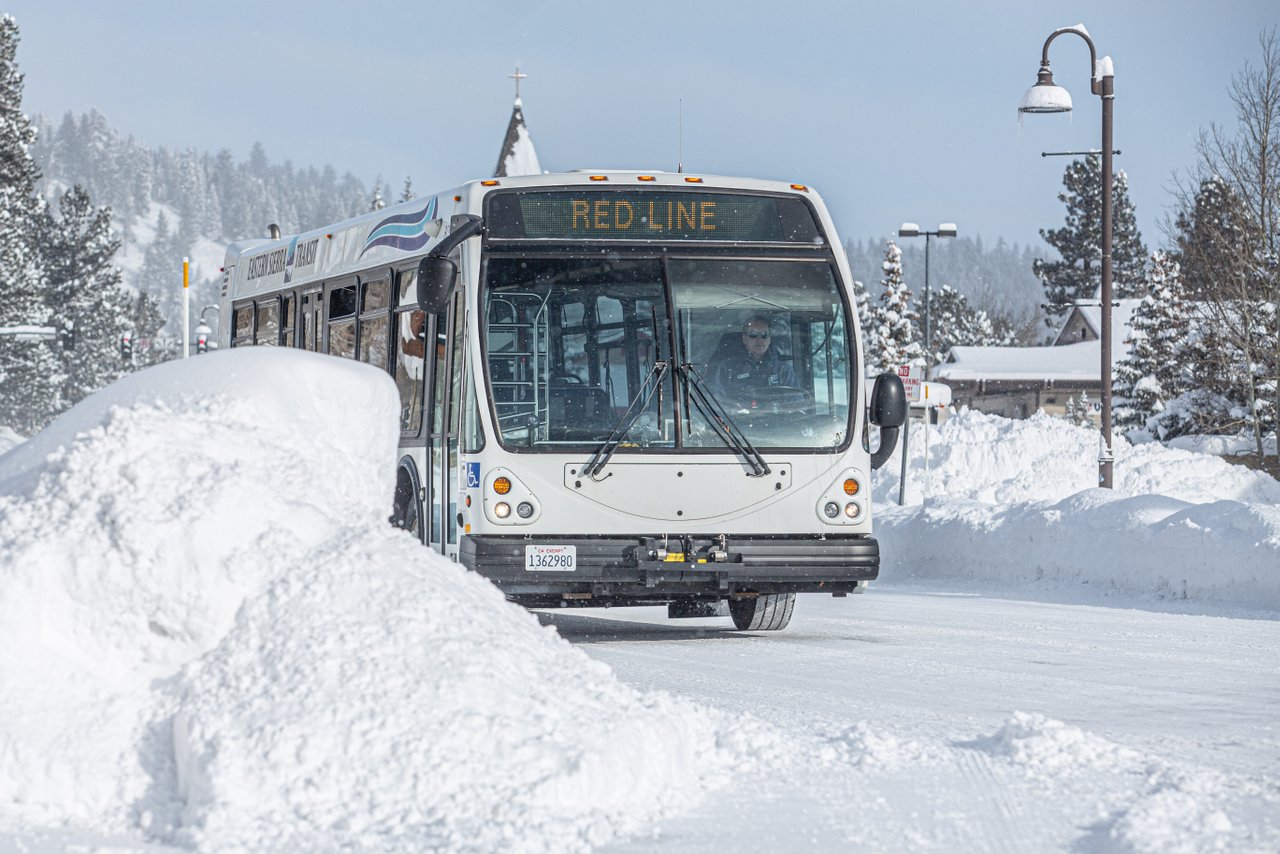 They say that there’s no such thing as a free lunch, but there is a free Mammoth Lakes shuttle that will drive you to lunch.

With as much as there is to see and do year-round in Mammoth Lakes, you need to get around. If you visited Mammoth without a car or just don’t want to drive though, then you’ll have a hard time seeing it all. That’s why the ASO Mammoth team has put together a quick guide to Mammoth Lakes’ free shuttle. Check it out below and stop by ASO Mammoth on your ride through town!

The Eastern Sierra Transit Authority runs several different bus lines around Mammoth Lakes throughout the year. If you want to see every line and its route, click here. The free, year-round shuttle service, is the purple line which runs through the heart of Mammoth Lakes from 7 AM – 6 AM.

There are other important stops along the Purple Line too, such as Mammoth’s Library and access to Main Lodge via the Village Gondola. If you’re taking the Purple Line into the Village, check out Mammoth Brewing Company for some of the best food and drink in the Eastern Sierra.

Lastly, you should know that the shuttle gives riders access to ASO Mammoth, the most important place to visit if you’re in need of outdoors gear or ski and snowboard rentals. In fact, you can get to ASO Mammoth by getting off the red line at stop #8, #9, or purple line #45.

If the Shuttle is Closed, then Try the Night Trolley

Even though the Mammoth Lakes Shuttle is free year-round, if you find yourself out late at night and in need of a ride then the Night Trolley is the answer for you. The Night Trolley is a free winter season line that runs from 5:40 PM to 2:00 AM every night a week with busses scheduled every 30 minutes after midnight on the weekends (Thursday – Sunday.) The Night Trolley route begins at Snowcreek Athletic Club and runs all the way to the Village with a few stops at Canyon Lodge.

Due to COVID – 19, You Will Need to Wear a Face Covering While Riding the Shuttle

Until the COVID – 19 pandemic is contained, you can expect to wear a face covering while riding the Mammoth Lakes Shuttle. Per the California Department of Public Health, all passengers over the age of two are required to wear face coverings. Also, the shuttles and buses in Mammoth Lakes will not be loaded to capacity to allow for social distancing.

The Mammoth Shuttle Can Get You to Mammoth Mountain

Although there are other lines that run directly to the lodges at the base of Mammoth Mountain, the purple line can also get you to the mountain by taking you to the Village where you’ll be able to access the Village Gondola.

If you have any questions about the Mammoth Lakes Shuttle, call or stop by the ASO Mammoth shop and check out the best ski and snowboard rentals in Mammoth Lakes!