What You need to Know About Splitboarding 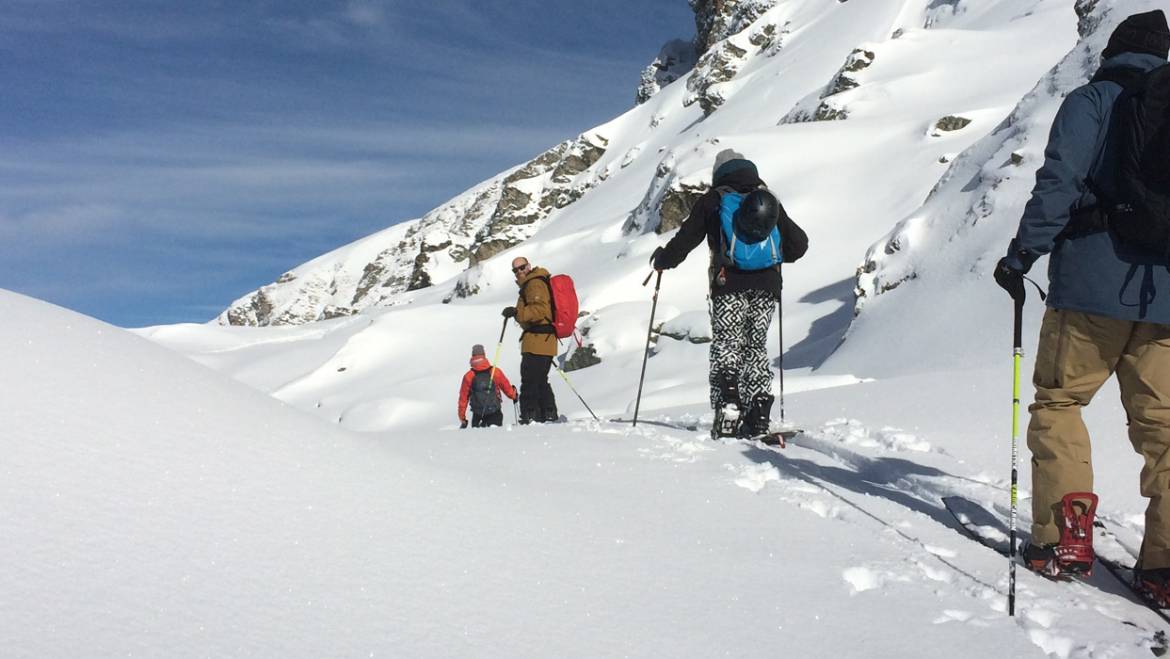 It doesn’t matter how many times we ride Mammoth Mountain. If you come into ASO Mammoth you’re likely to catch someone here looking at a Mammoth trail map and reminiscing about yesterday’s runs or planning tomorrow’s adventure. There’s just that much great terrain on Mammoth Mountain, but one of the most unique features on Mammoth Mountain’s trail map isn’t a glade or bowl.

Mammoth Mountain has uphill trails that lead from each of the base lodges so touring skiers and splitboarders alike can skip the lift lines and earn their turns by hiking up the mountain. If you’re a snowboarder who is unfamiliar with splitboarding, it’s time to change that! We’ve listed the basics of splitboarding below. Check them out, because you might just find your new favorite way to ride.

What is a Splitboard?

You’ll never forget what a splitboard is because it’s basically just a snowboard split in half. Of course, there’s more to it than that.

Just like a regular snowboard, splitboards can have unique cambers, shapes and can be used with regular snowboard boots. However, unlike snowboards a splitboard has unique bindings and set-ups that not only allow the rider to easily engage and disengage them, but also position them around the board so the rider can comfortably walk as if they were a touring skier. Beyond that the other main difference between a splitboard and a regular snowboard is the fact that they rely on climbing skins that stick to the bottom of the board to give the riders traction on snow while they are walking instead of riding.

Who Splitboards and Why They Do it

For the unfamiliar, how splitboarders operate may seem difficult. In reality though, with the gear splitboarders have today it only takes a little experience for splitboarding to become second nature.

Splitboarding begins by removing the bindings from your board while it is still in one piece. This usually involves removing the retaining pin that holds the bindings in place and then sliding them off the board. Next, you separate the board at the nose and the tail before reattaching the bindings in their uphill, or vertical, position. To do so, you’ll attach the toe of your binding to one of your planks with the retaining pin. Once that’s done, you’ll leave the heel loose so that your foot can rise up but stay attached to the plank as you walk. The last step is to attach climbing skins to the bottom of each plank. Climbing skins have small hairs that allow the plank to slide forward but catch on the snow when the plank moves backward, making touring uphill much easier.

As previously mentioned, splitboarding is at its best in the backcountry. That doesn’t mean you should buy a splitboard and venture out into the backcountry on your own though. Backcountry riding can be extremely dangerous and should never be done alone or without the presence of a backcountry expert who has the skills needed to stay safe.