What You Need to Know About Mammoth Mountain Spring Skiing 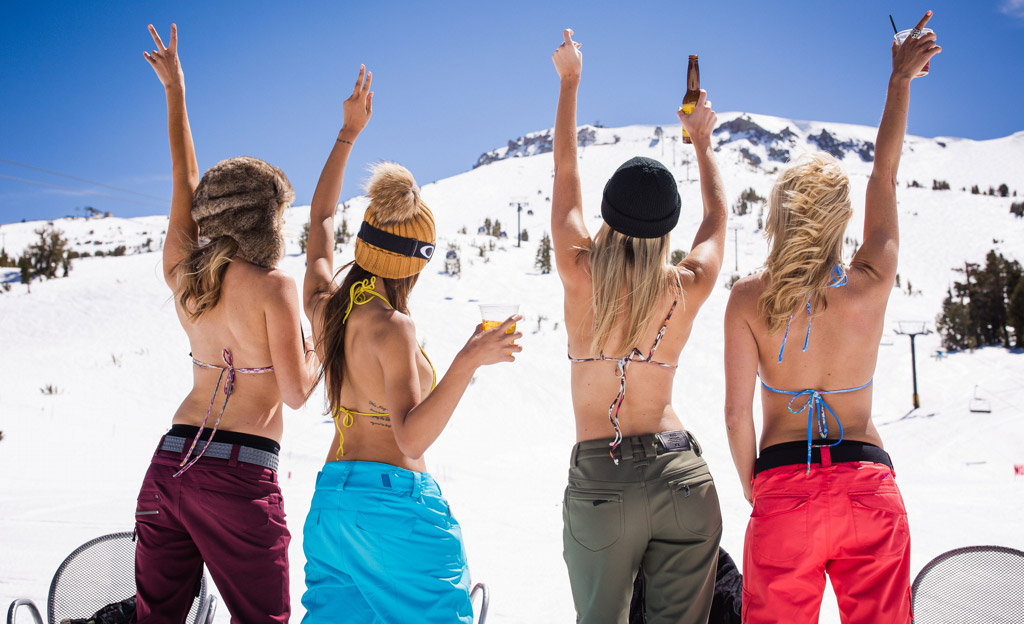 What You Need to Know About Mammoth Mountain Spring Skiing

It’s hard to believe that spring is just around the corner considering Mammoth Mountain was buried under 2 feet of snow over the weekend, but no matter how deep the base is spring is coming, along with spring skiing.

Thanks to Mammoth Mountain’s elevation and heavy annual snowfall, spring skiing is an unbelievable combination of snow and comfortable temperatures. Still, spring skiing has a few important differences you should be aware of before you hit the mountain. The ASO Mammoth team has listed the most important things to know about spring skiing below for you to check out and start planning your spring trip today!

Surface Conditions Depend on the Time of Day

You can’t do much about thin coverage or closed runs, but you can decide when and where you ride.

Mammoth Mountain spring temperatures rise above freezing during the day and then drop back down below at night, causing a daily freeze and thaw cycle that leaves the snow hard and icy in the mornings but soft and slushy during the day. The Mammoth Mountain staff is always grooming runs to ensure good snow in the mornings, but patches of ice are still possible on the groomed runs and likely off the groomed trails.

Even in the mornings, runs that receive direct sunlight will soften for more favorable conditions. For this reason, many spring skiers and snowboarders follow the sunshine as it crosses the mountain and softens up the snow early in the day.

If the sun is too strong and the snow is turning to slush, you should move up to higher elevations where the lower temperatures preserve the snow.

Take Advantage of the Soft Snow

Soft snow isn’t all bad though. In fact, if you know how to ride or ski it then you can have a blast and conquer runs that you wouldn’t have considered during the winter.

The problem with ice and hard snow is that it’s difficult to set your edge in. Of course, with soft snow your edge will dig in easier and hold for longer. If there’s a double black that you aren’t sure you’re ready for yet, wait until it softens up and give it try. You’ll find friendlier snow and new confidence as you tear up some of Mammoth Mountain’s best runs.

Remember, if a trail is soft and slushy during the day then in the morning it will be frozen and hard, so pay attention to conditions and the time of day as your ride.

As fantastic as spring skiing at Mammoth Mountain is, the snow is slowly but surely melting which means trails and lodges will be closing.

The main closing to be aware of is on April 21st when Eagle and Canyon Lodge close for the season. The event is marked by the annual pond skim where skiers and snowboarders charge down the mountain in the goofiest costumes they can find and try to glide across a man-made pond in front of Canyon Lodge.

Other trail closings are hard to predict, but you can bet on areas that are rocky or steep to close first. For example, Kiwi Flats is both rocky and steep at the top, so when the weather warms you can expect Kiwi Flats and other runs like it to go faster than the others. Keep your eyes on the forecast and snow report to stay ahead of trail closings.

For any other Mammoth Mountain questions, ski and snowboard gear, or last-minute rentals, stop by ASO Mammoth!