What Fish Can You Catch in Mammoth Lakes? 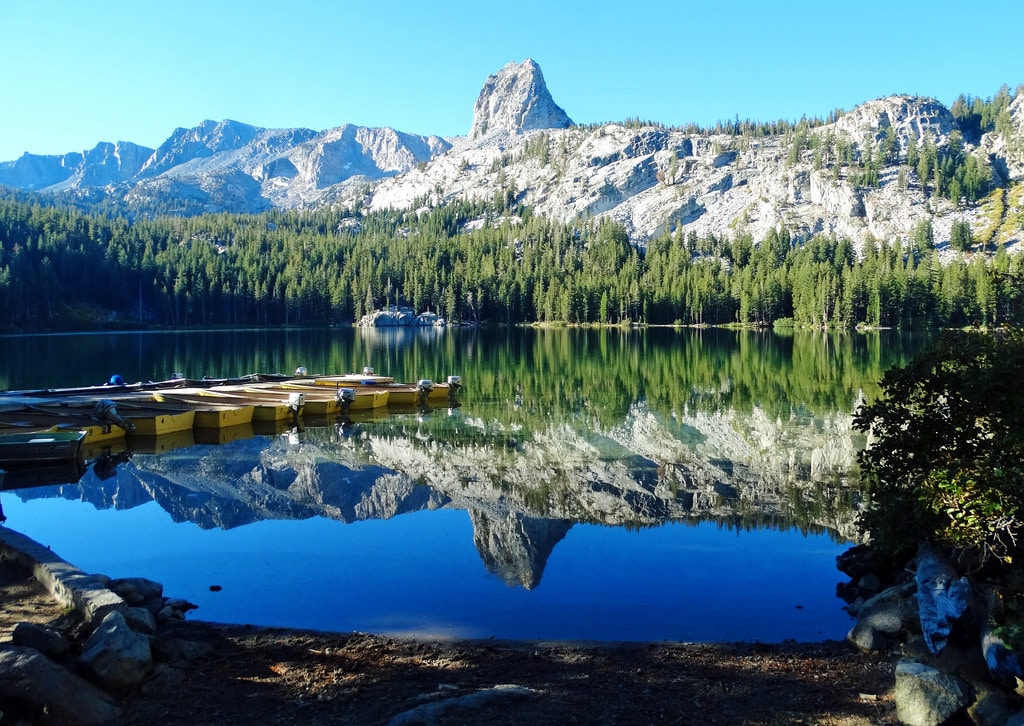 We’re casting right into fishing season and the anglers are already clearing wall space for another year’s worth of trophy hauls. Whether you’re fly-fishing for fun, trolling for dinner, or just want to get a little catch-and-release practice with that new rod, Mammoth Lakes offers up an assortment of opportunities for fishers of all ages and experience levels. In today’s post we’ll walk through the kinds of fish you can expect to find biting when you head up the mountain!

Native to California, the Sacramento perch is a cold-water loving sunfish that can be found in the lakes and reservoirs around Mammoth. Once threatened by extinction, the perch are seeing a resurgence thanks to proactive hatcheries, efforts by conversationalists, and the fact that they’re a fun fish to catch and fry. While they’re not super-strong fighters, it can take some work to locate the cool underwater pockets where they’re most comfortable. They’re also a great fish for beginners to reel in as they’re not likely to snap your line.

If most fish travel in schools, the trout in Mammoth probably have universities. With the area’s wide variety of streams, creeks, rivers, reservoirs, and lakes, there’s no shortage of happy habitats for the several species of trout native to the mountains.

In the streams and creeks you’ll find Brown trout and Brook trout eager to leap at landing flies and lures. And where the Brooks are fast-biters, the Browns are tough-fighters, but both fry up deliciously after a day on the shores.

And if you head out onto one of the lakes you’ll find your net full of Rainbow, Golden, and Cutthroat trout. All three coveted for their flashy coloring, flaky flesh, and willingness to “pull the line”, it’s not uncommon for out of towners to assume there’s something much meaner on the end of their hooks.

And if you’re after the biggest fish of the season, something to really impress the gang back at the bait shop, Mammoth Lakes is regularly stocked with monster “trophy” trout. Sourced from the local hatcheries, county wildlife office, and even a few residents who raise and release monster trout just to improve the fishing for others, the lakes’ shores are awash in stories of people pulling in 20+ lbs. rainbows that can make a bass look like a minnow.

The biggest of the trophy fish prefer the deep, cool, waters of the lakes at elevation. Plan on giving yourself some time to move around the lake as the day progresses, so you can find out exactly where they’re lurking. And then be sure you’ve got enough hungry hikers back at camp to help you eat it all!

And if you just can’t decide where to start, swing by the shop! You can grab your gear, fishing licenses, and get the local scoop on where the big ‘uns are biting, right at ASO! Happy casting, and we’ll see you on the water.