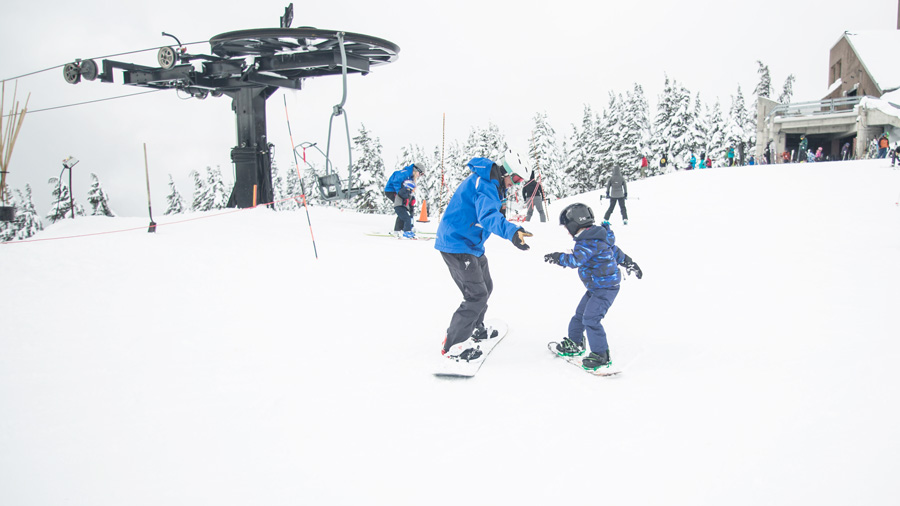 If you’re reading this, then you’re probably a little nervous about your first ski or snowboard lesson. In fact, you’ve probably read several articles and guides telling you how to balance, use the ski lift, and just about everything else imaginable during your first time on the snow.

Here at ASO Mammoth though, we know how overwhelming the list of “to do’s” can be for first time skiers and snowboarders thanks to how many of them come into our Mammoth Lakes shop to rent ski and snowboard gear. So, we’ve decided to simplify things by making a list of what not to do during your first ski or snowboard lesson. Check it out below and plan your first trip to Mammoth Mountain today!

Don’t Show Up Late for your Rentals

Even if you’re lucky enough to be skiing or snowboarding on a weekday, there is no predicting how long the line will be at the rental shop. All it takes is one large group to cause a delay, and if your lesson is on the weekend or a holiday then you can expect a long wait to pick up your ski or snowboard rentals.

Don’t Get Discouraged Early On

Learning a new sport is always difficult. Unlike other sports though, struggling to ski and snowboard means falling into cold snow which makes it easy to get discouraged.

Remember, no matter how good they eventually are everyone struggles during their first skiing or snowboarding lesson. You will fall, but once you make your first turn, stop, or just make it more than a few feet without falling you will see why so many people love skiing and snowboarding. No matter how far away you feel like you are from that moment, keep your head up, knees bent, back straight, and eyes downhill.

Don’t Compare Yourself to Others

We mentioned that everyone’s first time skiing or snowboarding is hard, but that doesn’t mean that everyone progresses at the same speed. Whether it’s because they’ve mastered similar sports or simple luck, some people do learn faster than others. For example, someone in your snowboard group may pick up heel stops before you’re even able to stand up straight.

If you’re learning with people who are picking up the sport faster than you don’t be discouraged. Some people are just more comfortable with certain techniques but could struggle with others later on. That same person who mastered heel stops quickly could struggle to stop on their toes while you nail it on your first try, so don’t compare your progress to others.

Don’t Stop Talking to Your Instructor

Ski instructors know how to critique form, but no matter how much they tell you they cannot help if you don’t communicate with them and let them know what you’re feeling.

Now you know what not to do during your first ski or snowboard lesson, here’s more on what you need to know if you’re taking your first lesson as an adult.