Trying to Decide if You Should Ski or Snowboard? Here are the Pros and Cons of Each Sport

HomeSkiingTrying to Decide if You Should Ski or... 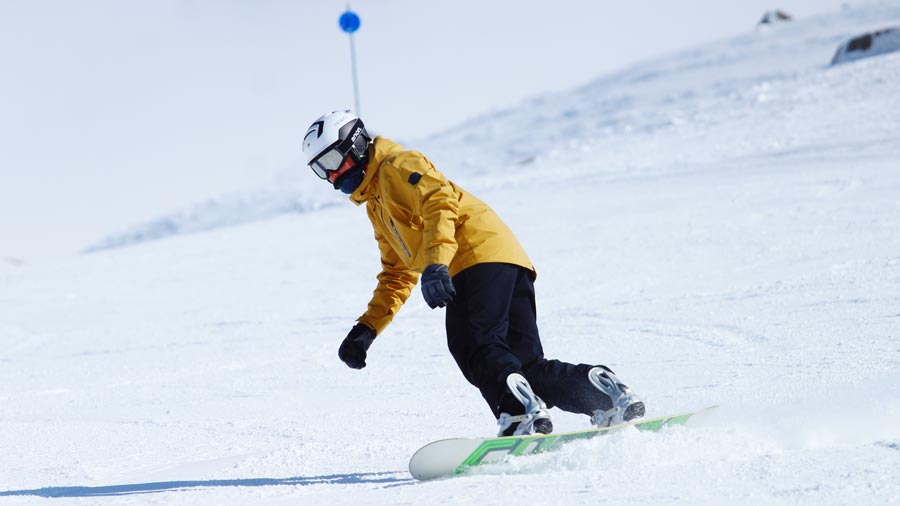 Here at ASO Mammoth, we see beginners rent ski and snowboard gear here in our Mammoth Lakes shop every day. When we get to talking about why they chose skiing over snowboarding or vice versa though, beginners tell us they are often deciding based on what their friends or family are doing or even just deciding by which one looks easier.

Whether you ski or snowboard is one of the most important decisions you will make when it comes to winter sports, and we want you to be as informed as possible when you make it. To help out, we’ve listed a few of the pros and cons of skiing and snowboarding so you can decide which is right for you. Check them out below and plan your trip to Mammoth Mountain today!

Skiing is Easier to Learn

There’s no arguing that learning to ski is easier than learning to snowboard, and you can see why from just watching someone ski.

Skiers face straight downhill while snowboarders slide down the hill sideways. As a result, skiing often comes to beginners faster and with fewer falls than snowboarding. Plus, because they’re riding forward most beginners have an easier time balancing and eventually turning and stopping on their skis while moving as opposed to snowboarding where beginners must learn to balance in one direction while looking in another.

Don’t count snowboarding out yet though, because if you’re a skateboarder or surfer then you’ll probably find snowboarding more comfortable off the bat than skiing. Snowboarding is a much younger sport than skiing. In fact, the earliest snowboard was made in 1965 when an inventor tried to create a surfboard for snow. As a result, snowboarding will feel more natural to surfers and skateboarders due to the fact that all three sports use similar skills to steer, balance, and stop.

Although snowboarding is similar to other sports, we should warn you to not assume that you’ll pick it up quickly if you’re a surfer or skateboarder. There will still be a significant learning curve for any new snowboarders or skiers, so stay patient while learning!

While snowboarding is a relatively young sport, people have been skiing for hundreds of years. As a result, modern skiers are pretty good at getting around the mountain. In fact, skis were a tool for crossing snow long before they became what they are today, and modern skis still have the same efficiency that their ancestors did.

For example, as long as a skier has poles they can push themselves across a flat trail without unstrapping like a snowboarder would need to. Skiers also don’t need to step out of their bindings to get on or exit a chair lift, and when it comes to the backcountry skiing is so efficient that even snowboarders ride boards that split into two so that they can walk like a skier. After some practice snowboarders can get around fine, but skiers will always have a head start.

Snowboarding can be Safer for your Knees

Snowboarding’s unnatural stance may be hard to master at first but falling on a snowboard is safer for your knees than falling on skis because of it. There is no predicting injuries when skiing or snowboarding, but due to the fact that skis move independently of one another there’s a chance that they can twist during a fall, creating the possibility to tear ligaments in your knees. Since snowboarders have both feet strapped to one board, the chance of their board twisting without the rest of their body is low.