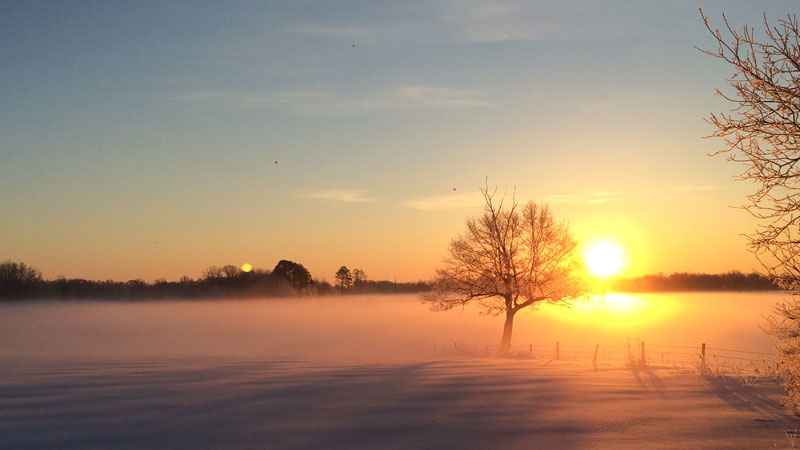 If spring showers bring May flowers, then you can expect plenty of flowers (where the snow has melted at least) in Mammoth Lakes soon.

Whether you’re taking advantage of the great spring snow at Mammoth Mountain or are planning activities to enjoy the trails recently uncovered by melting snow, check out the ASO Mammoth Weekend Weather Report so you’ll be ready no matter what falls out of the sky!

Friday: On Friday May 10th there is a 60% chance of early morning snow showers up until 11 AM when the precipitation will turn into rain as temperatures rise to the a high of 35˚. Although little snow is expected to accumulate, the cold temperatures and winds gusting up to 25 mph will make Friday chilly, so prepare for water, wind, and cold if you’ll be outside. Friday night looks to be more of the same with a chance of showers that could turn into more light snow as the temperature drops down to a low of 25˚.

Saturday: Saturday the 11th looks to be more temperate with a high of 44˚ and mostly sunny skies throughout the first half of the day. After 1 PM though, there will be a 60% chance of rain that could be accompanied by thunder and light winds. Going into Saturday night you can expect the temperature to drop to 29˚ and for any remaining precipitation to turn to snow. However, there is only a 40% chance of precipitation for Saturday night so little accumulation is expected.

Sunday: As the temperature rises on Sunday May 12th, you can expect thunderstorms to rise into the area as well. The skies will be mostly clear until 1 PM, but after there is a 50% chance of thunderstorms. That chance goes down to 40% heading into the night when the temperature will drop down to 32˚. While the thunderstorms will move out of the area before 9 pm, the precipitation will stick around with a 40% chance until 11 pm.

Keep an eye on the weather and make sure your gear is waxed and ready for wet conditions if you’re on the mountain! Most importantly, pay attention to the weather to make sure you’re safe at all times. Whether it is because of poor skiing conditions caused by rain or thunder and lightning while you’re on a hike. know when to take a break from the outdoors!