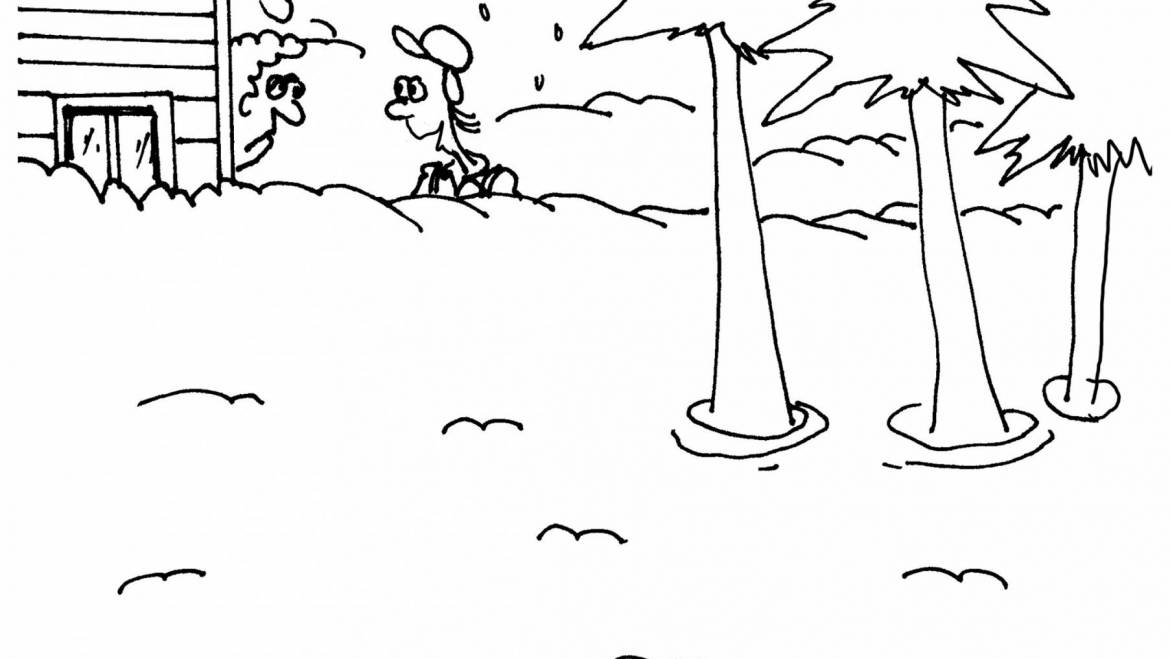 It seems like every time we say that the Mammoth snow machine is shut down for the offseason, more snow falls. We’ll keep saying it so this season doesn’t end, but even though there is possible snow in this weekend’s forecast we are preparing to see the first of the true spring temperatures this weekend. If you want to be prepared for the spring snow and sun, keep reading to see what you can expect at Mammoth Mountain this weekend!

Although it wasn’t much, snow did fall on Mammoth Mountain last week. Snow fell on April 15th and 16th with 1 inch falling on the 15th and another 2 on the 16th, bringing the total snowfall for April 2019 to 11 inches. That total could rise though, as there is a chance for snow this weekend on Saturday the 21st.

Friday: If you’re looking to warm up and shed some layers, then Friday, April 19th will be the day for you to visit Mammoth Mountain. Although temperatures won’t be hot by any means, the high of 51˚ will be one of the warmest days we’ve seen this year. Add in the forecast for mostly sunny skies, and Friday is looking to be beautiful with winds only reaching 10 mph. Friday evening will be cooler though, with the low temperature dipping down to 28˚ and the winds picking up to gusts of 25 mph.

Saturday: Saturday April 20th will be cooler with the high temperature only rising to 40˚ and winds gusting as high as 40 mph. After 11 am there will be a 30% chance of snow, but any accumulations look to be under half an inch. The winds will stick around into the night and the temperatures will drop to a low of 23˚ with partly cloudy skies.

Sunday: Sunday April 20th will bring the cool temperatures from Saturday and sunny skies from Friday and combine them for one excellent day at Mammoth Mountain. The high is expected to rise up to 38˚ but there will be sunny skies to balance out the cooler temperatures. For Sunday night, the trend will continue with mostly clear skies and a low around 25˚.

As the temperatures warm and snow thins out on and around the mountain, Mammoth Lakes turns into Disneyland for outdoors enthusiasts.

While the ASO Mammoth team will be packing in as much skiing and snowboarding as we can before the season ends, if you’re unhappy with the weather or conditions then take a day to enjoy trails and streams as they open up for spring. While fishing seasons in Mono County won’t begin until next weekend there are still bodies of water in the area that are open year-round and ripe for the picking, especially at lower elevations. Hiking trails and campgrounds will take a while to open due to the amount of snow that fell this winter, but keep an eye on trail statuses and events like wildflower blooms so you’ll be ready to enjoy trails when they open.

No matter if you’re searching for spring corn on the mountain or are gathering your fishing gear in anticipation of the fishing season’s start, Mammoth Lakes has what you need for an awesome day outside. The only thing that can stop you is poor weather, but by staying posted with ASO Mammoth’s weekend weather reports you’ll be prepared for the wild Eastern Sierra weather weekend after weekend!