How to Ski and Snowboard Through Moguls

HomeSkiingHow to Ski and Snowboard Through Moguls 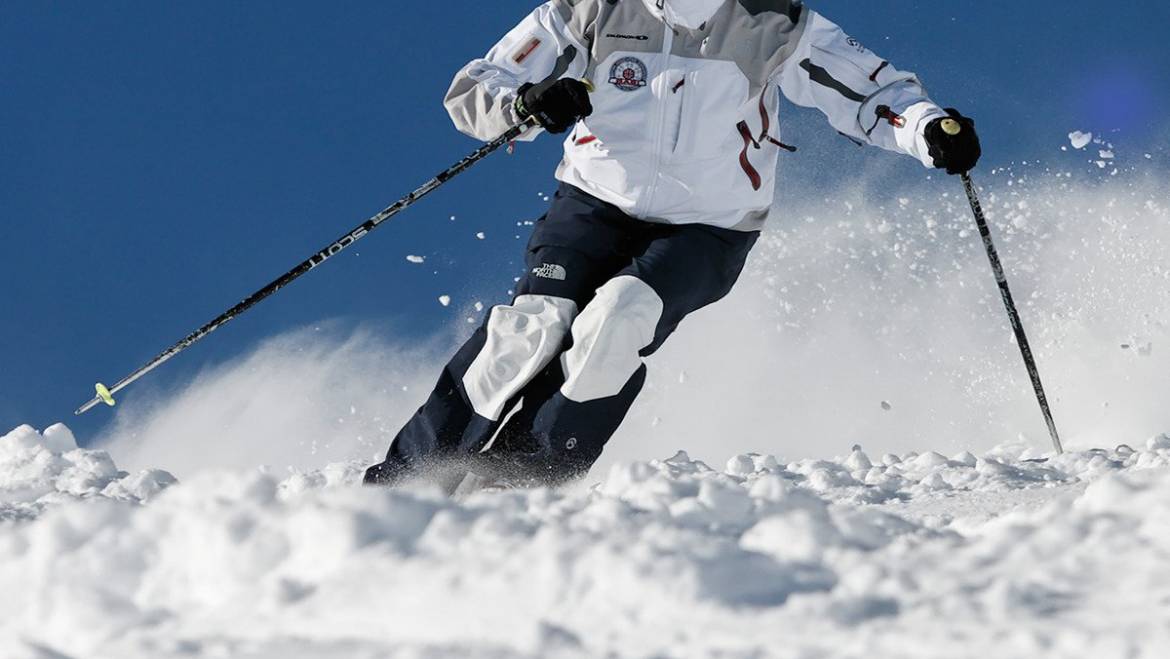 You may see skiers carving through mogul fields and think that they’re easy for skiers, but the truth is that unless you’re an experienced mogul skier then these parts of the mountain are difficult for skiers and snowboarders alike.

The good news is that with a little strategy and technique, even snowboarders can navigate mogul fields and skiers can dominate them. To help you never again groan when you accidently end up on top of a mogul field, the ASO Mammoth team has listed a few basic tips for riding moguls below. Check them out before you get on the snow!

If you intend to comfortably navigate a mogul field, the most important thing to do is to avoid stiff legs.

When inexperienced skiers and snowboarders first hit moguls, their instinct will be to slowly descend on one edge. However, doing so will only wear out your legs and result in a slow and bumpy ride. If you want to actually ride and not only slide, you must keep your legs loose so that they can absorb the bumps and shocks that come with riding moguls. Even if you do end up sliding down a mogul field on one edge, keep your legs loose to avoid injury.

Traverse Moguls if You’re Starting Out

Inexperienced skiers and snowboarders can also do themselves a favor by traversing mogul fields instead of riding directly into them.

It doesn’t matter if you take it slow, once you start going straight down a mogul field, you’ll have to survive steep bumps and unpredictable snow. However, if you traverse the mogul field you can avoid the worst of the bumps. To do so, choose a line and enter the moguls at a nearly parallel angle. As you traverse to the edges of the trail you’ll repeatedly gain and lose momentum as you go up and down the moguls. Use this opportunity to practice using your legs as shock absorbers by staying loose and absorbing the bumps while keeping your feet in contact with the ground. If you’re on skis, make sure that you’re not leaning back, but are instead keeping your weight forward.

Know Where to Turn

Although moguls will always be difficult for snowboarders, if you’re a skier who has practiced traversing enough the take them head on then you need to have a strategy for where you’re going to make your turns.

On smaller moguls you’ll want to make your turns on the tops or in between them so that  you’ll have plenty of room to lose and gain momentum while staying in control of your skis at all times.

For taller moguls, you can actually use their height to your advantage. Think of it this way, the taller the mogul, the more surface you have to make a turn on. If you’re in a field of tall moguls and want to ride through with speed, use the tall sides of the bumps for quick but targeted speed-checks that will not only keep your speed in control but point you in the direction you want to go.

Have a Line in Mind

No matter how skilled you are, you should have a better idea of where you’re going in a mogul field than just down the mountain.

As you progress in mogul fields, you’ll want to pick up speed and test your skills. However, speed and surprises do not mix. Keep your eyes on where you’re going instead of where you are so that you know exactly what to expect as you dominate the moguls.