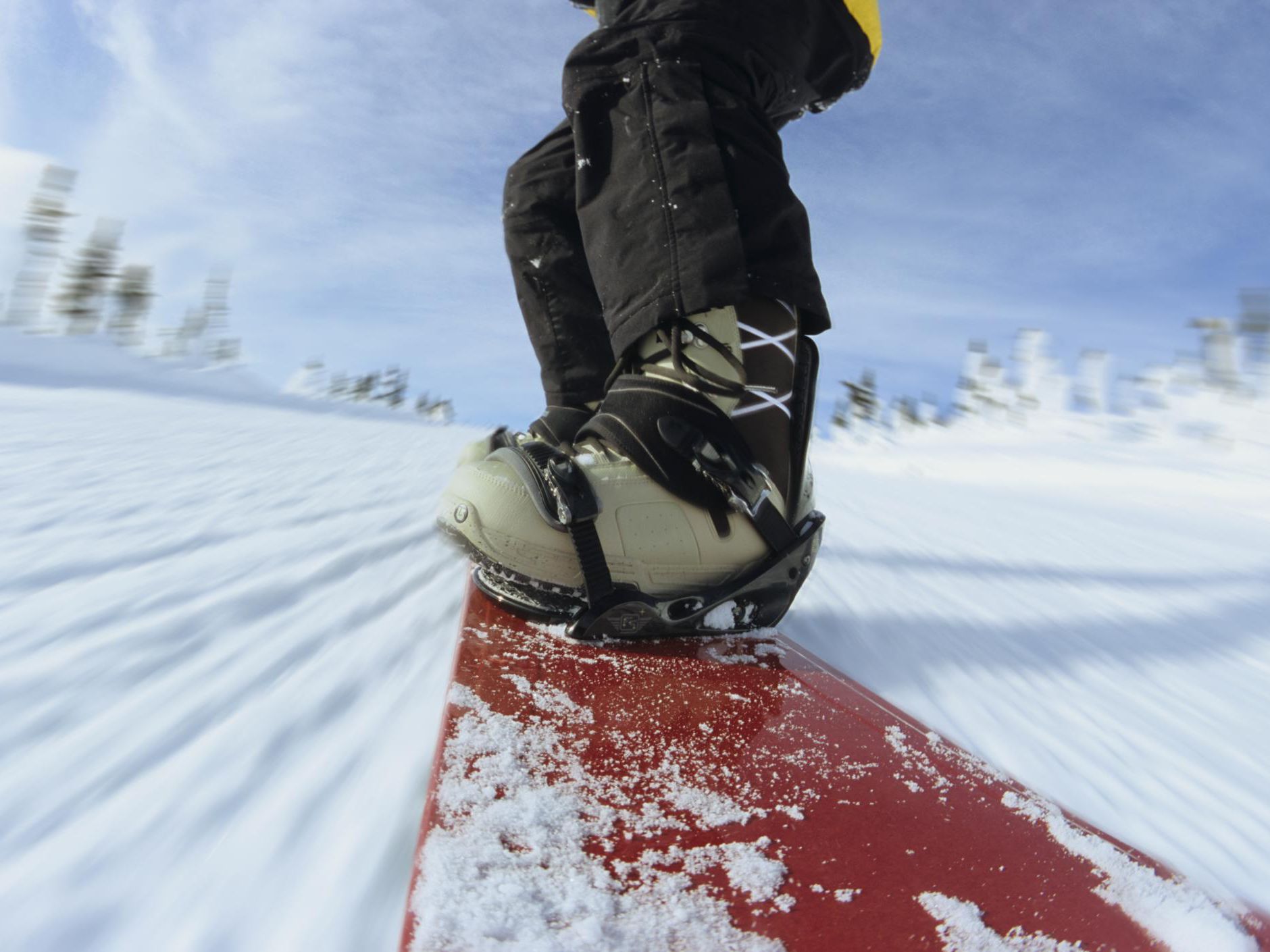 How to Set Binding Angles on a Snowboard

You’ve finally done it. You’ve learned to snowboard. You’ve rented enough gear to know which board and bindings match your style of riding. You’ve found the best deals on gear, ordered it, and eagerly waited for it to arrive.

Your new board and bindings are laid out in front of you. The only question now is how do you actually set the bindings on your board?

The ASO Mammoth team wants to get you on the snow as quickly and easily as possible, so we’ve written a short guide to setting the stance on your snowboard bindings below. Check it out, and then stop by the ASO Mammoth shop for the best ski and snowboard gear in Mammoth Lakes!

What Are Negative and Positive Angles?

If you’re looking at your bindings right now, then the first step is to remove the base plate that your foot touches. Underneath that, there will be a disc with numbers all around the edge and arrows pointing towards the front and back of the binding.

There are three common ways to set the angles on your snowboard bindings. We’ve broken down each below.

The reason why the front binding is angled positive is because that allows the rider to better control the direction of the board while also putting weight on the edge when necessary. With the back binding set at zero, the rider can put more of their weight on the edge and apply greater force, faster, while stopping or carving. For that reason, we recommend that beginners ride with their bindings set at positive zero. A good place to start for the angle of the front binding is +15. 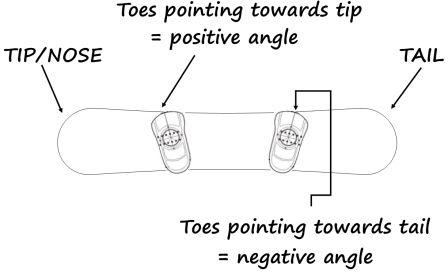 We recommend this stance for experienced riders who need to carve aggressively, but don’t set your back foot more than a few degrees positive as you start out so you can get comfortable with the positive positive stance.