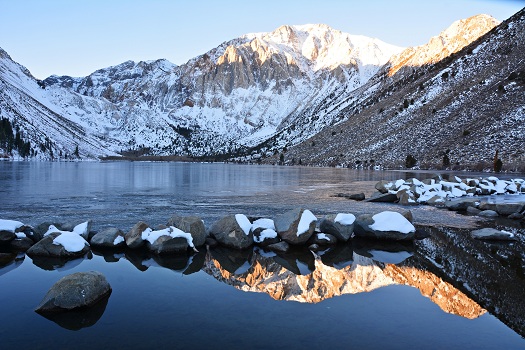 Mammoth Mountain normally doesn’t kick off its annual skiing and snowboarding season until mid-November, so it’s usually possible to enjoy some less congested visits here during the early part of the month, especially if you want to use Mammoth as your base to check out surrounding areas. But that may not be the case this year. Below, the mountain sports experts at ASO Mammoth, your one-stop shop for every kind of equipment you need to explore the mountain, from hiking gear to Mammoth snowboard rentals, explain why and offer some tips if you have plans to head to Mammoth Mountain during November.

November May Be More Crowded This Year

As of the end of October 2021, Mother Nature has dumped nearly 20 inches of snow at Mammoth’s Main Lodge and about the same amount at the summit. Even more snow is expected to be on the way, according to National Weather Service forecasts for the area. For this reason, Mammoth Mountain has opted to kick off the skiing and snowboarding season early on October 29th. This is only the 10th time the resort has done this in its entire history.

Consider a Weekday Visit in November

The early snowfall means Mammoth will likely be busy this November. Even during normal seasons when the resort kicks off winter activities in the middle of the month, opening weekend is a busy time. This is also true of the long Thanksgiving weekend. Fortunately, there are some ways to still enjoy Mammoth with smaller crowds in November. One option is to come here during the week instead. Weekdays, in general, tend to be less crowded at Mammoth Mountain.

Save Time & Enjoy Some Less Crowded Perks with the Ikon Pass

Even on crowded November weekends at Mammoth, you can still save time and even avoid crowds in some instances if you’re an Ikon Pass holder. For one thing, you’ll be able to go directly to the lifts at Mammoth. You’ll also get access to the Ikon Pass App. It gives you live updates so you can scope out less crowded trails that appeal to you. What’s more, Ikon Pass and Ikon Base Pass holders get exclusive access to the lifts at 7:30 a.m. on certain dates. These are private events just for pass holders, which means smaller crowds.

Once the snow starts falling and conditions are right for snowboarding and skiing, it’s not easy to avoid crowds in the Mammoth area. This is especially true at a popular resort like Mammoth Mountain. But what you can do is take some time to plan your trip in advance as much as possible. In fact, even more crowded times in November at Mammoth Mountain can be manageable by:

No matter what brings you to Mammoth this November, stop by and see the knowledgeable staff at ASO Mammoth, a premier Mammoth Mountain outdoor store. Whether they need hiking gear, snowboard repair, or high-quality ski rental, Mammoth visitors can find everything they need at our store. Drop by on your way to the mountain or give us a call at 760-965-3444.