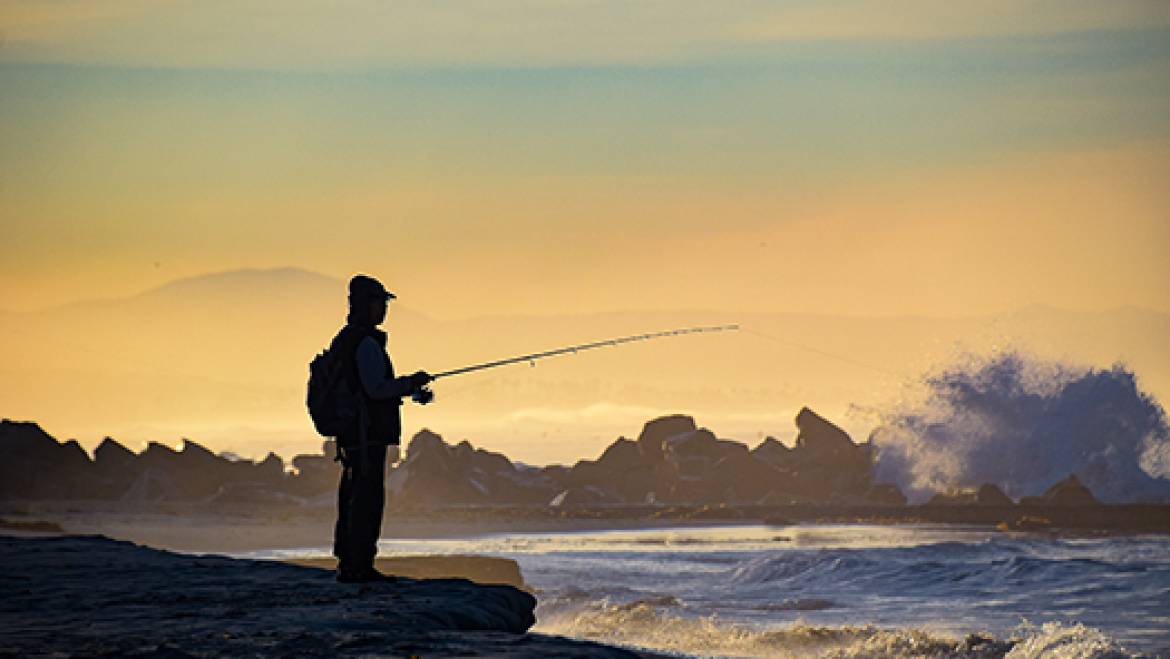 From Twin Lakes and Lake Mary to Lakes George and Mamie, angling opportunities abound in the Mammoth Lakes area. Whether you prefer spin casting or fly fishing, the time of day can have an effect on how much you have to brag about when sizing up your catches. To give you a better idea of when it’s best to lake fish in the Mammoth area, here’s a breakdown of the four main parts of the day, brought to you by the friendly folks at ASO Mammoth, your year-round one-stop shop for everything from fishing equipment and licenses to Mammoth bike rentals.

Water temperatures are lowest in the morning. This is worth keeping in mind, since Mammoth’s lakes are widely populated by trout. Specifically, rainbow, brown, and brook trout are found throughout this region. And since trout tend to prefer cooler water, you’ll likely have better luck snagging some of these fish early in the day.

The lower light levels in the morning are also helpful, since some fish species see bait better when the sun’s not too bright yet. Early morning fishing can also be beneficial if you’re a newer angler, since there are usually fewer people around earlier in the day, which makes the lake waters calmer.

As the day wears on, fish tend to head down lower to the cooler levels of lakes such as the ones you’ll find in the Mammoth area. For this reason, the fishing action usually dies down by midday in this area. The brighter sun also tends to reduce the odds of attracting fish. However, if it’s cloudy or there’s a light rainfall, fish may come back up toward the surface again.

Also, you could have better luck with late morning or early afternoon fishing in the Mammoth area during the cooler months. Fishing season in the Mammoth Lakes area runs from the end of April through the middle of November. If you’re visiting here in late spring or early fall, you could very well have a productive day of fishing and still have enough time to visit a local eatery for lunch.

Late afternoon is similar to early morning in that it can be a productive time of day to fish in one of Mammoth’s lakes. The sun’s position in the sky shifts by this time, so the waters start to cool off again. Also, the dimmer light stimulates trout, bass, and other fish that normally swim low to stay cool. However, once the sun starts to set, the fishing action usually begins to calm down and taper off again, at least until the sun is down.

Since the weather can be incredibly pleasant in the Mammoth Lakes area for the duration of the fishing season, evenings or nights can also be productive times of day. Certain fish species feed aggressively during the later periods of the day, so adjust your tackle and techniques appropriately. Moonlit nights can be equally rewarding, although fish become less active as the night wears on and temperatures drop a bit more. If you want to experience some of the best fishing in the state, come to beautiful Mammoth Lakes. No matter which sport brings you to Mammoth, stop by and see the knowledgeable staff at ASO Mammoth. Whether they need fishing gear, mountain biking equipment, or high-quality snowboard rental, Mammoth visitors can find everything they need at our shop. Drop by on your way to the lakes or give us a call at 760-965-3444.