Was Mammoth Mountain Formed by a Supervolcano? 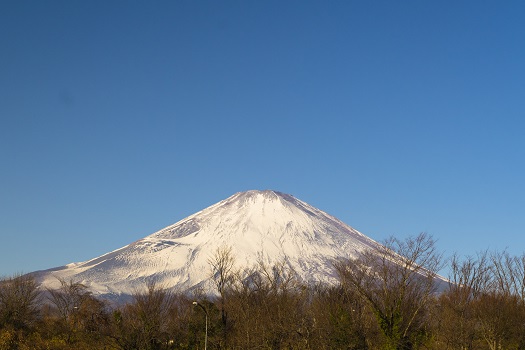 It was recently discovered that 240 cubic miles of magma lie beneath California’s Mammoth Mountain. Now with every minor tremble, everyone wonders if the mountain is a supervolcano. Here’s what you need to know, brought to you by the mountain sports experts at ASO Mammoth, your one-stop shop for every kind of equipment you need to explore the mountain, from hiking gear to Mammoth snowboard rentals.

What Is a Supervolcano?

Geologists use a volcano index called the Volcanic Explosivity Index (VEI), which ranges in magnitude from 1 to 8. A supervolcano is one that erupts with a magnitude of 8 on the VEI.

The United States has three supervolcanoes—Yellowstone in Wyoming, Valles Caldera in New Mexico, and the Long Valley Caldera located in eastern central California. Mammoth Mountain is part of the Long Valley Caldera. The most recent supervolcano eruption in the world was 22,600 years ago at Taupo in New Zealand, and the largest in history was the super eruption of Yellowstone 2.1 million years ago.

What Is the Long Valley Caldera’s Volcanic History?

A caldera is a depression made after a volcano ejects the magma that’s been building up beneath the volcano. Once this magma has been ejected out of the volcano, the ground collapses into the void, creating a large depression or crater.

The Long Valley Caldera is a 200-square-mile depression located just south of Mono Lake. The largest eruption there occurred 760,000 years ago and ejected 2,000 times as much ash and lava as the 1980 eruption of Mount St. Helens in the state of Washington. The U.S. Geological Survey (USGS) estimates this ash reached as far as Nebraska and Kansas. After the eruption, the ground dropped about a mile, forming the Long Valley Caldera.

Is Mammoth Mountain a Supervolcano?

Is Mammoth Mountain Being Monitored for Volcanic Activity?

Geologists are monitoring Mammoth Mountain, and changes in activity have been noted over the last 40 years. These changes include earthquake swarms, ground deformation, changes in thermal springs, and gas emissions that have killed trees in the area. Given the history of the Long Valley Caldera, it’s believed the next eruption will occur along the Mono-Inyo volcanic chain.

The USGS maintains a list of volcanic threats in the United States, and the Long Valley Caldera is ranked as a very high threat at 18th on this list. Mammoth Mountain is ranked 90th out of 161 listed.

If you’re a geology buff, Mammoth Mountain and the surrounding area has plenty of terrain for you to explore. If you’d like to tour the area on a bike, stop by ASO Mammoth, the premier place for bike rentals in Mammoth. For more information, call one of our friendly team members at 760-965-3444.