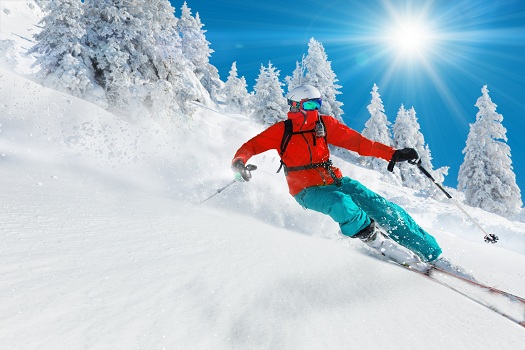 Skiing isn’t limited only to the months when this activity tends to be at the top of most people’s lists of fun things to do—at least not in the Mammoth area. One reason this is the case is because the Mammoth resort itself is nestled at higher elevations, and this is what creates perfect conditions for snow. All this brings us to the topic of whether or not skiing in Mammoth in July is possible. Here’s what you need to know, brought to you by the friendly folks at ASO Mammoth, your year-round one-stop shop for everything from fishing gear to mountain biking equipment and Mammoth snowboard rental.

Mammoth normally kicks off the winter season with much fanfare in November. As for when it ends, dates aren’t set in stone. For 2021, the Mammoth website lists a tentative closing date of May 31st, which is Memorial Day. However, they also state that season-ending dates are “subject to change” and based on weather and snowfall. Mammoth often ends up extending the ski/winter activity season into at least part of the summer. During the 2018–2019 season, skiing was possible here until July 7th. In 2016, Mammoth was able to extend the season to July 4th. The longest ski season Mammoth has had in more recent years was in 2017, when skiing enthusiasts were still enjoying sufficient powder in early August.

Look for July Ski Opportunities but Be Realistic

Since it’s not possible to predict what Mother Nature has in mind too far in advance, it’s best to be flexible with your July ski plans. In other words, count on the possibility of being able to ski in July in Mammoth. But also be realistic and realize it’s not all that common, even with the higher elevations here.

There’s no way to know for sure if you can ski in Mammoth in July even a few months ahead of time. What you can do, however, is keep an eye on the weather conditions as July gets closer and act quickly if you’re seeing encouraging signs. For example, if it’s late in June and you notice the Mammoth season has been extended and skiing is still going on here, a July ski trip may very well be possible. Just make sure you act quickly and get your lift tickets via the Mammoth website ASAP.

Be Open to Shifting Your Plans to Summer Activities

Be open to changing your plans if it turns out skiing in July isn’t going to be a possibility this summer. If this is what ends up happening, don’t despair. Mammoth is a great place for summer fun, too.

Popular summer activities in Mammoth include:

No matter what time of year you visit Mammoth Mountain, you’re sure to find plenty of fun, relaxing ways to enjoy your stay. Whether they need fishing gear, mountain biking equipment, or high-quality ski rental, Mammoth visitors can find everything they need at ASO Mammoth. Drop by our store on your way to the mountain or give us a call at 760-965-3444.