HomeMammoth MountainHow to be the First One on the Snow at Mammoth... 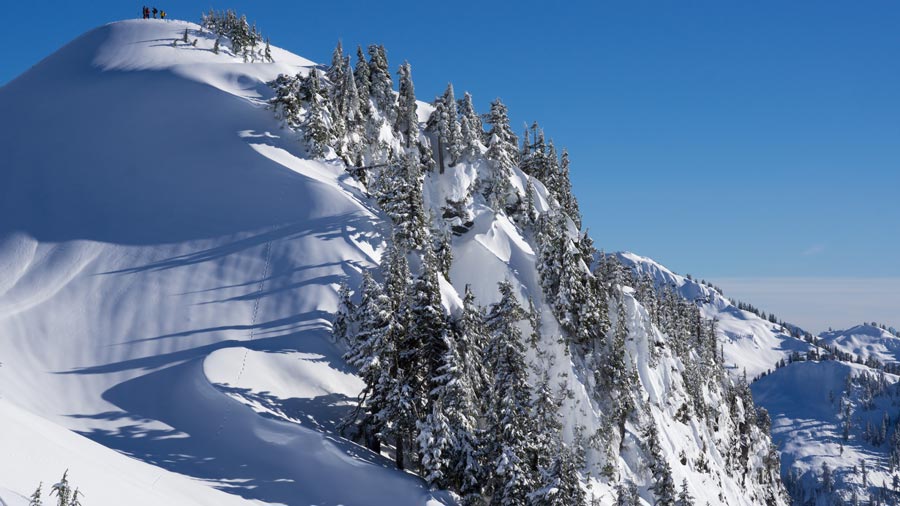 The skiers and snowboarders who rent ski and snowboard gear from our shop here in Mammoth don’t do so with the hopes of slicing up corduroy slopes.

Everyone, no matter if they’re a beginner renting their fresh set up or a pro heading out to heli-ski, dreams of riding through untouched snow. With a mountain as popular as Mammoth though, finding untouched snow without venturing outside of the boundaries is a huge challenge. That’s why the ASO Mammoth team has put together a quick guide to making fresh tracks at Mammoth Mountain. Check it out below and plan your trip to Mammoth today!

Head Away from the Lodges

Even with a lift that leads to advanced trails, if the lift is popular then you’re likely to run into someone who will get the best line first. This is why we recommend avoiding the gondola if you’re looking to make fresh tracks. Remember, it doesn’t matter how early you get to the mountain, if you’re riding on popular trails or lifts then you’re more likely to be stuck in a lift line than making fresh lines in the snow.

Even if you’re uncomfortable riding the advanced trails which attract fewer crowds, there is still hope for you to make fresh tracks at Mammoth Mountain thanks to its size.

With 3,500 acres of skiable terrain, Mammoth Mountain has the right terrain for you even if you’re an intermediate skier or snowboarder. The trick to making fresh tracks is finding terrain that you’re comfortable with and that’s also far enough away from the most populated parts of the mountain. For example, the trails off of Chair 12 are not at a lodge but still have plenty of intermediate terrain. Another great example are the blue trails on the backside of the mountain. You’ll find more terrain on the backside as well as mostly intermediate terrain with a few expert runs mixed in, and thanks to its distance from the main lodges it is also unlikely to be crowded.

Making fresh tracks is all about reaching the snow before everyone else does, but you can’t do that if you’re planning out which trails you want to hit while strapping in for your first run.

Similarly, you won’t be the first one to the good snow if you’re stuck looking for parking or waiting for a bus to take you from the lot to the snow. Mammoth Mountain’s lifts open at 8:30 am, so if you want to make fresh tracks then you’ll need to get to the mountain around that time. If you’re arriving early then you should have an easier time parking than most, but it’s important that you plan out your morning from where you’re going to park to where your first few runs will be. Remember, you’ll want to avoid the most popular lifts, so if you’re navigating your way to unpopulated trails you’ll want to avoid lifts near the base or heading up to the summit. Some of these lifts are unavoidable, but if you get away from them and have a plan for where to ride then you should be able to make fresh tracks after a storm.

What’s your favorite run hit after a fresh snowfall?