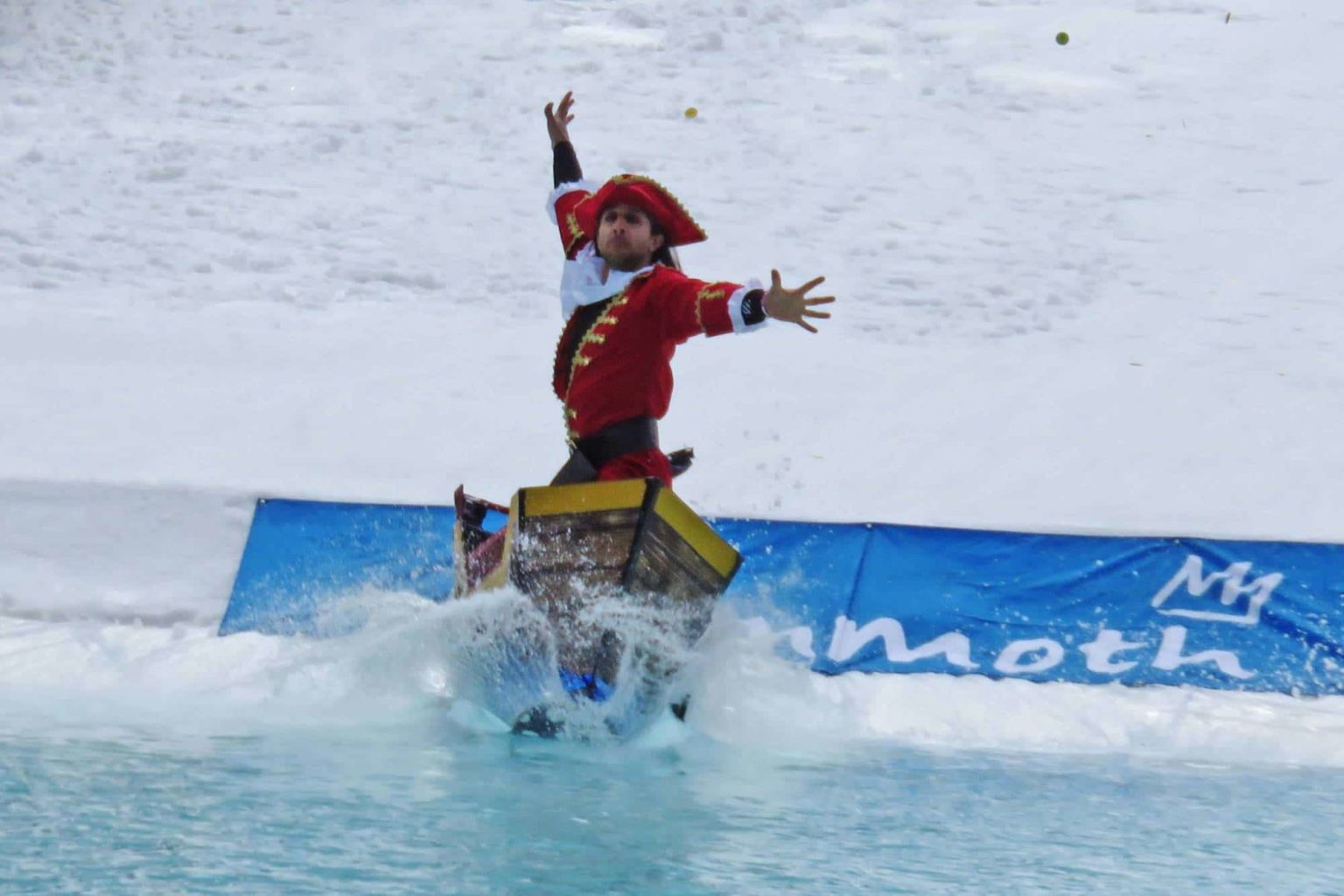 After a beautiful weekend of bluebird days and prime spring skiing, Mammoth Mountain closed out Oakley Week with its annual pond skim on Sunday, April 15.

A Mammoth favorite, hundreds came out to watch the 50+ brave skiers and snowboarders skim across the 110-foot pond, which the announcer repeatedly reminded the crowd was a nice, temperate 34 degrees.

While making it across without taking the icy plunge is an impressive feat, the true crowd favorites were the ones who brought the most style. Here are our top five favorite costumes we saw on Sunday: 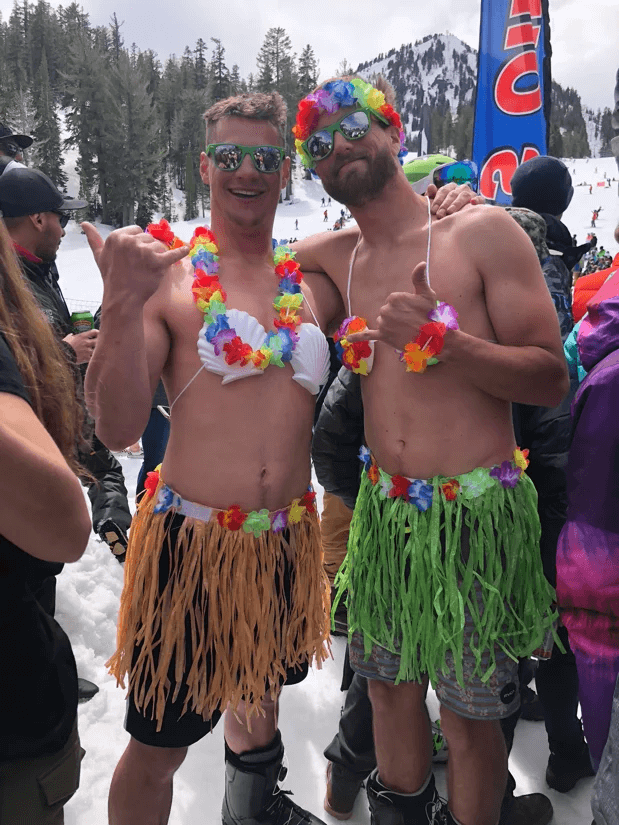 Props to our very own Mark Stansbury, and friend Jeremy Frigio, who went out there and repped ASO Mammoth as part of Team Hula Boys! These two braved the cold in style, bringing some extra beach vibes to the event.

There was a Bigfoot sighting in Mammoth on Sunday – and apparently he’s pretty good at pond skimming. Representing Sierra Nevada, Bigfoot sure looked cozy as he effortlessly made it all the way across.

A true captain goes down with his ship – which in this case, was a very impressively made pirate ship complete with portholes and an insignia that read “Shred or Sink.” The Captain may have sunk, but not without thousands of style points – even sharing his pirate bounty of gold coins with the cheering crowd.

Couldn’t make it? You can re-watch Mammoth Mountain’s live feed of the event on Facebook.